The order was passed on October 12 by SCDRC president Justice SP Tavade and judicial member AZ Khwaja when New India Assurance repudiated the claim by Satyam Fabrics through its proprietor.

The State Consumer Disputes Redressal Commission (SCDRC) has turned down a complaint by a Mumbai-based firm as it could not prove that the goods burnt in a fire were owned by them. The firm had approached the SCDRC after the insurance firm had repudiated its claim of over Rs 60 lakh.

The order was passed on October 12 by SCDRC president Justice SP Tavade and judicial member AZ Khwaja when New India Assurance repudiated the claim by Satyam Fabrics through its proprietor. Satyam Fabrics was in the business of purchasing gray fabrics (raw fabric) that would be processed for sale as wearable fabrics. For processing, they would send the gray fabric to Sumanga Dying & Printing Mills Pvt. Ltd. in Surat.

After processing, the fabrics would be sent to the godown of Satyam Fabrics in Bhiwandi. During the hearing,the complainant stated that they had submitted a proposal form for insurance coverage of its own goods for Standard Fire and Special Peril Policy dated August 2013.

It added that the same was a location policy, having a description of the property with a risk description, having a sum assured of Rs50 lakh. The policy was renewed the next year with an enhanced cover of Rs 60 lakh, with Rs 8,630 as a premium.

Read Also
Mumbai: Consumer Commission directs developer to give flat or refund as per buyer's choice 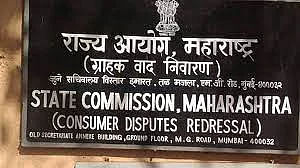 In May 2015, the complainant got information that a fire occurred at Sumangal and there was a heavy loss of goods due to the fire, including the goods owned by them. The complainant telephonically informed about the incident to the development officer and also sent an email.

He submitted documents to the surveyor, claimed a total loss of over Rs 60 lakh and informed Sumangal about the same.The complainant has contended that the policy form was filled as advised by the agent and development officer and the column was filled with 'yes' for goods held in trust in addition to own goods.

After submission of the claim form, an appointed surveyor inspected the insured goods kept at Sumangal and repudiated the claim. The complainant contended that he had submitted all relevant bills, L Rs and other statements to substantiate the claim. However, during the hearing, the advocate for the opponent stated that the complainant never had any intention of insuring its own goods and that the coverage was only for stockheld in trust and not the own stock of the insured.

As per the report submitted by the surveyor, the entries made in the pending lot register of Sumangal Dyeing & Printing Mills Pvt Ltd, did not tally with the statement. During the hearing, both sides cited Supreme Court judgements, but the commission found that the property firm could not make its claim.