The Speaker's office has confirmed that the notice will be issued to 16 MLAs of Shiv Sena.

Mumbai: Chief whip of the Shiv Sena - Eknath Shinde faction- Bharat Gogawale has given a petition to the Maharashtra Assembly Speaker for the suspension of 16 party MLAs of the Uddhav Thackeray faction for violation of whip.

The Speaker's office has confirmed that the notice will be issued to 16 MLAs of Shiv Sena. The petition was given after the newly-appointed Speaker appointed Gogawale as the chief whip of the Shiv Sena Legislative party leader, removing Sunil Prabhu, who belongs to the Uddhav Thackeray camp.

Ahead of today's crucial trust vote of the Eknath Shinde-led BJP government, the Speaker removed Shiv Sena MLA Ajay Chaudhary as the legislative party leader and reinstated Shinde in the position.

This comes after Sunday's big win where BJP's Rahul Narvekar was elected as Speaker.

The special two-day session of the State Legislative Assembly comes after a high-voltage political drama in the state where a new government led by rebel Shiv Sena MLA Shinde came to power toppling the Maha Vikas Aghadi (MVA) regime.

Earlier on Sunday evening, Maharashtra Chief Minister Eknath Shinde, along with his faction of Shiv Sena MLAs, held a meeting with Deputy CM Devendra Fadnavis, BJP MLAs, and other party leaders at a hotel in Mumbai to chalk out a strategy for the floor test.

"The Shiv Sena-BJP alliance government is set to face a majority test on Monday, the second day of the special session of the legislature. What exactly will be the strategy of the government was discussed in the meeting held in the presence of all the MLAs today," sources said.

Fadnavis claimed that the Shinde government will prove its majority with 166 votes.

At present, the BJP has 106 MLAs in the 288-member Maharashtra Assembly and Shinde is leading 39 rebel Shiv Sena legislators and some Independents. After the death of a Shiv Sena MLA recently, the current strength of the Assembly is reduced to 287, thus the majority mark is 144.

Interestingly, amid the ongoing battle between two Shiv Sena factions led by Eknath Shinde and Uddhav Thackeray, both sides issued separate whips to the party MLAs to vote in favour of their respective candidates during the speaker's election on Sunday and later accused each other of violating them. 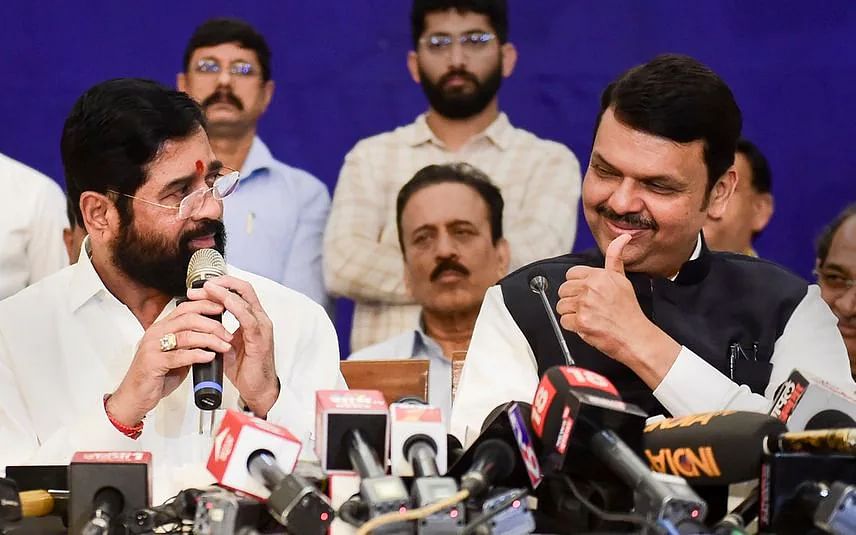