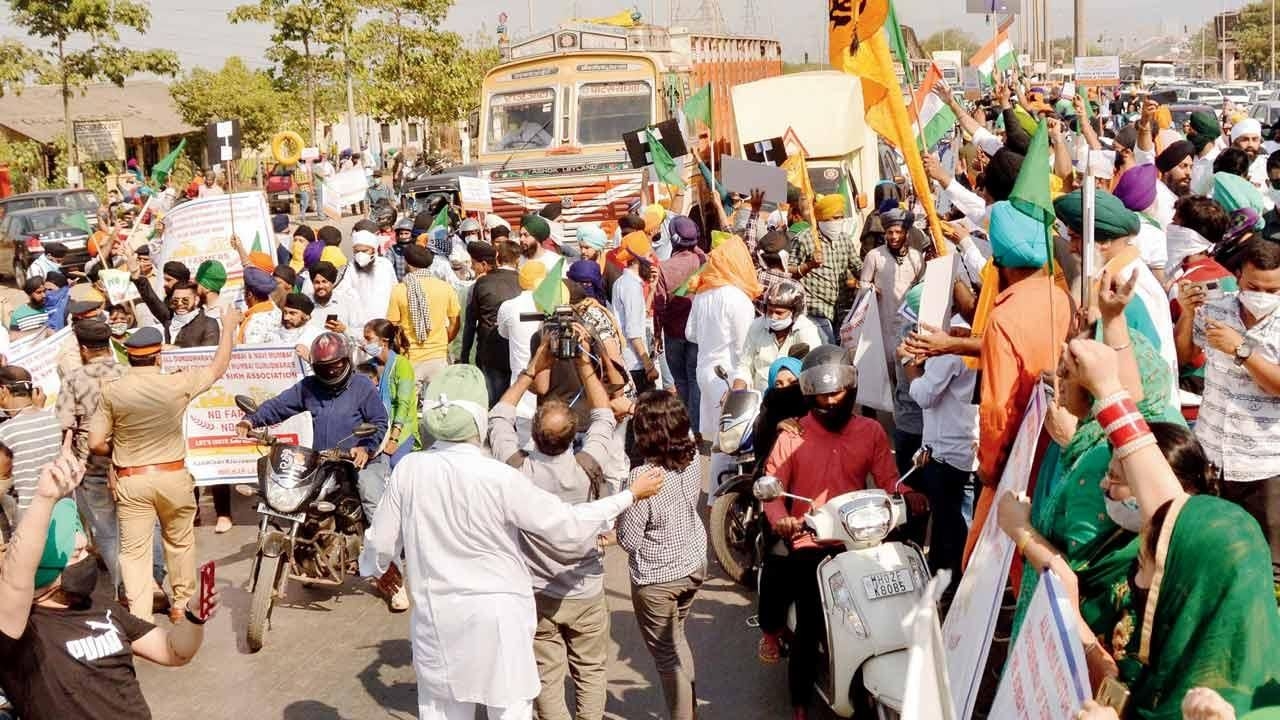 The ruling Maha Vikaas Aghadi (MVA) partners Shiv Sena, NCP and Congress have urged the people to voluntarily participate at bandh slated for Monday to protest against the farmers’ deaths at Lakhimpur Sheri in Uttar Pradesh.

The workers of Shiv Sena, NCP and Congress are meeting citizens with an appeal to participate in the bandh wholeheartedly and express their solidarity with farmers, he said.

“The BJP-led central government has allowed the loot of agricultural produce through the three newly-enacted farm laws, and now the kin of its minister is killing farmers. We have to show solidarity with the cultivators,” he said.

He added that the MVA demands that Union Minister of State for Home Ajay Mishra be sacked, the NCP leader added.

“It was only after the Supreme Court’s intervention that the minister’s son was arrested,” he said.

Malik alleged that BJP is not a party of farmers; it is a party of looting agricultural commodities, so laws were passed, but now it is also a party of killing farmers.

The Maharashtra Pradesh Congress Committee President Nana Patole said the workers and leaders of his party would observe “maun vrat” (vow of silence) outside the Raj Bhavan in Mumbai to register their protest. “We appeal to all Congress workers and people to participate in the bandh and ensure its success,” he said.

Shiv Sena MP Sanjay Raut has announced that his party will participate in the bandh with full force.

However, the Federation of Retail Traders Welfare Association has opposed bandh and appealed to the state government to allow retail businesses to operate. The Federation hoped that shopkeepers would not be harassed or forced to remain shut on Monday.

The Federation President Viren Shah said that businesses recently have started picking up due to the festive season, so they don’t support any bandh. “We oppose killing of farmers in Lakhimpur Sheri, and those whoever is responsible for it should be taken to task, and stringent punishment is given to them. The Federation does not support any bandh as the retail traders have suffered huge losses since the last 18 months of lockdown,” he said.