The incidents of stone-pelting had mainly occurred in Amravati, Malegaon and Nanded city during the rallies taken out by some Muslim organisations on Friday.
Jagruti 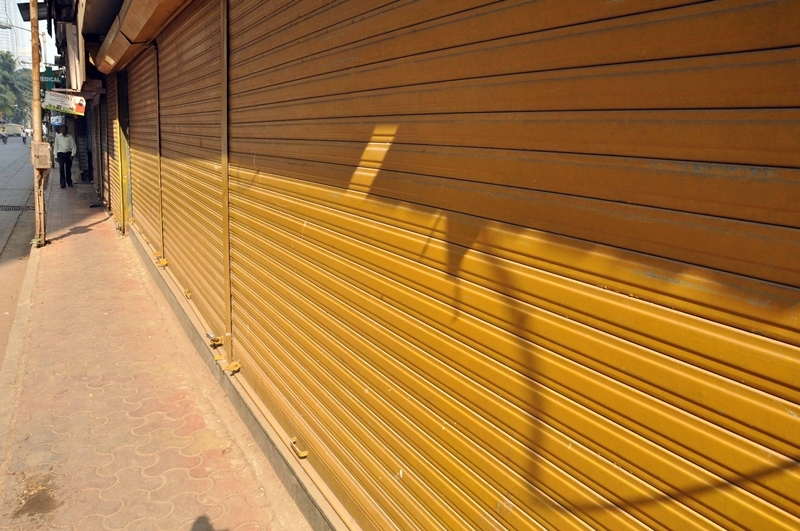 At least 20 FIRs were registered in connection with stone-pelting during rallies held in protest against the Tripura communal violence in five districts of Maharashtra and 20 persons were arrested, police said on Saturday.

The incidents of stone-pelting had mainly occurred in Amravati, Malegaon and Nanded during the rallies taken out by some Muslim organisations on Friday.

In Amravati city in east Maharashtra, over eight thousand people gathered outside the district collector's office to submit a memorandum demanding that atrocities against the minority community should be stopped, officials had said.

Kotwali Police has registered 11 FIRs under various charges including rioting. Ten persons were arrested, an official said on Saturday.

The additional police force, including two companies of the State Reserve Police Force (SRPF), has been deployed in Amravati to avoid any untoward incident, he said, adding that the situation is peaceful now.

Stones were also hurled during a protest march held on the Friday afternoon in Malegaon, a communally sensitive town in the Nashik district. Police used lathi-charge to disperse the mob, police had said. A police vehicle was damaged in the incident.

At least ten police personnel, including three officers, were injured in Malegaon.

A police vehicle was also attacked by the mob, he said, adding that incidents of stone-pelting had mainly occurred in the area from Sahara hospital to Naya bus stop in Malegaon.

He said three FIRs have been registered and 10 persons arrested so far.

The identification of accused persons is going on through CCTVs and other sources, he said.

In Nanded city in the Marathwada region, eight police personnel had sustained injuries in stone-pelting, a police official said, adding that the mob had damaged four vehicles of police.

So far three FIRs have been registered against unidentified persons and four persons are detained, he said.

Two FIRs registered at Washim and one in the Yavatmal district for stone pelting, the official said, adding that the overall situation is peaceful now.

Maharashtra Home minister Dilip Walse-Patil had said in a statement that the protest marches taken out in the state against the violence against the Muslim community in Tripura took a violent turn in some places, but the situation was under control.

Raza Academy, a Muslim organisation, handed over a memorandum to Maharashtra Governor Bhagat Singh Koshyari. Those affected by the violence in Tripura should be given compensation and the mosques which were damaged should be reconstructed, it had demanded.

A bandh was also observed in Muslim-dominated areas of Mumbai including Bhendi Bazar, Mohammad Ali Road, Kurla as well as Mumbra and Bhiwandi in Thane.