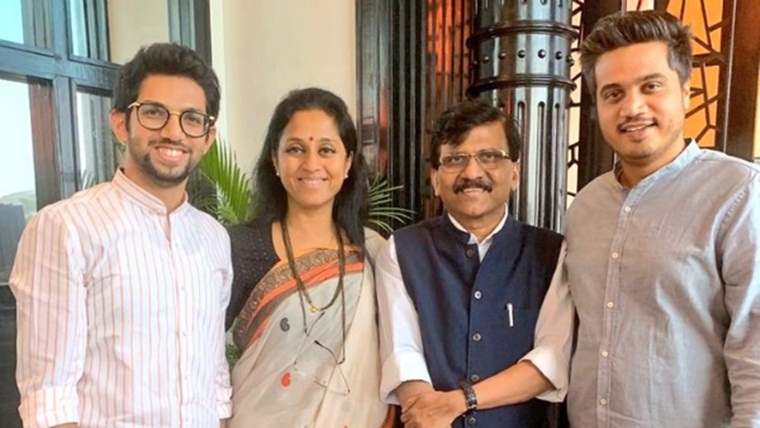 Mumbai: Penning an emotional social media post on the ongoing turmoil on the home and political fronts, Rohit R Pawar, the grand-nephew of NCP President Sharad Pawar on Sunday appealed for unity both within the family and the party.

“In fact, after the demise of Ajit Pawar’s father, it was ‘Pawar Saheb’ who showered a father’s love on him, and he (Ajit Pawar) reciprocrated in equal measure by standing up for Pawar Saheb whenever he was in crisis,” Rohit said of the state’s numero uno political family.

“Whether any problem was personal or political, to get overwhelmed is not in Pawar Saheb’s dictionary,” he said paying a tribute to Sharad Pawar’s legendary crisis-combat abilities.

“Given the critical situation today, the same old situation must prevail. Ajit Pawar should bow down before Sharad Pawar’s wishes and return home. Pawar Saheb never mixes family and political affairs, and is unlikely to do so ever,” Rohit said.

He said even ‘Pawar Saheb’ once hailed from a humble background, taking up issues of the commoners and becoming the voice of the trampled masses till the end. “The arrogant powers-that-be have attempted to silence his voice. I feel this is the time for the family to stand united and we must all remain behind him,” said Rohit.

He expressed confidence very soon a ‘Maha Vikas Aghadi’ government (comprising Shiv Sena-NCP-Cong) would come to power and it was important that deserving people are not kept at bay. Rohit’s post came a day after Ajit Pawar’s cousin sister Supriya Pawar-Sule was virtually in tears after learning of the night-long drama culminating in the swearing-in ceremony of BJP’s Devendra Fadnavis as CM and Ajit Pawar as the Dy CM on Saturday, stunning political circles around the country.

Shortly thereafter, a shaken and emotional Supriya Sule is said to have called up her father and said she had “lost her dear brother” forever, and all relations would be severed with him. She even put up a social media status saying “Party and Family split”, adding she never felt so “cheated in my life”, implying her cousin Ajit Pawar.

A day after, however, Supriya — who ties a ‘rakhi’ to Ajit Pawar — appeared to have softened up with a fresh post saying “values will eventually win”.

“Honesty and hard work never goes waste. That path is harder but sustains long term,” Sule said, with a folded hands emoticon. These family appeals came amid parallel efforts by senior party leaders hoping to convince him and win him back to the party fold.