Interestingly, at the other remaining stations, more than 30 per cent of the work has been finished. On Metro Line 3, there are a total of 27 stations 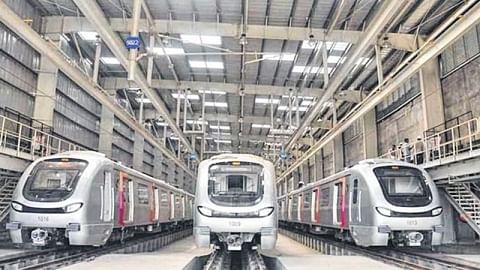 Interestingly, at the other remaining stations, more than 30 per cent of the work has been finished. On Metro Line 3, there are a total of 27 stations. Of this, 26 will be underground and one at grade.

The MMRCL spokesperson commented, "The work is affected at Kalbadevi and Girgaon due to the extensive rehabilitation and resettlement issues involved in these station sites. At Acharya Atre station, the work is sequenced in a different way with tunneling being driven through the station up to Worli before excavation. This is also affected due to major utilities and difficult geology. Nevertheless, the tunneling portions are already excavated."

Meanwhile, a lot of netizens, on the station-wise report, also expressed concern over car sheds. The Metro Line 3 drew a lot of controversy on the proposed car shed at Aarey. Environmentalists have opposed the depot in Aarey. The matter is also in court. Activist Zoru Bhathena has challenged the depot in Aarey, stating that the ground at Aarey is a Mithi River floodplain, besides contending that Aarey is also a forest.

At a few stations, not even 10 per cent of the work is completed, such as Kalbadevi and Girgaon. At these places, there was no tree cutting issue, but some resettlement and rehabilitation cases. Seeing the station wise report, the project will take a few more years to complete. Therefore, I assert that the MMRCL has ample time to shift the depot from Aarey. Shifting the depot from the green area will not affect the project work anyways, as they are not able to meet the said project deadline."

As per the project plan, MMRCL had declared that Metro Line 3, also named as aqua line, will be commissioned in two phases. The first phase Aarey Colony to Airport deadline is December 2021, while the second phase up to Cuffe Parade will be open by mid-2022.