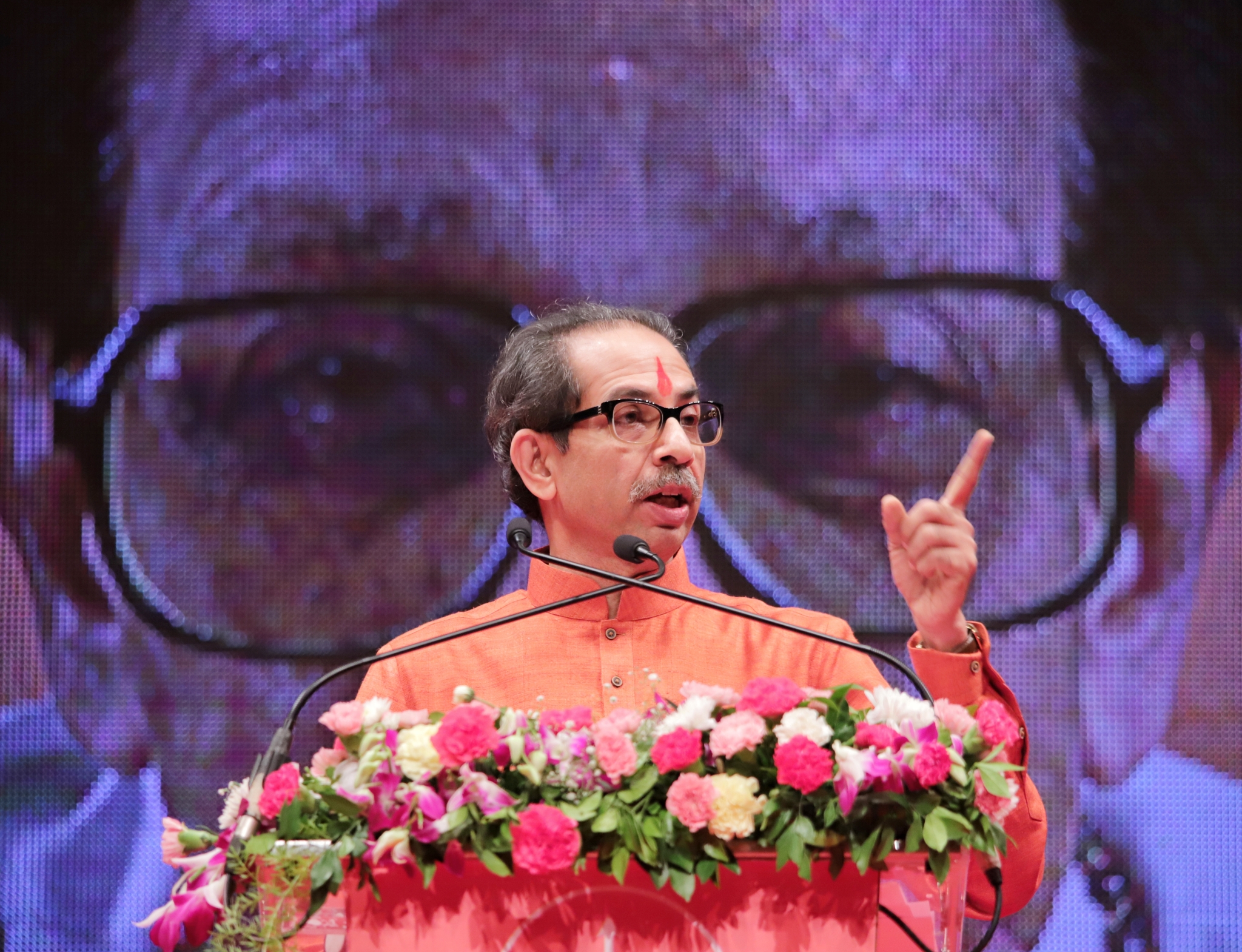 Mumbai: Shiv Sena president and Chief Minister Uddhav Thackeray launched a scathing attack on estranged ally Bharatiya Janata Party (BJP) and the Rashtriya Swayamsevak Sangh on Friday, claiming that Hindutva was in danger not from outsiders but from neo- Hindus. Thackeray said the ideology of the Shiv Sena and the RSS was the same, but their paths were different.

He said all Hindus should come together to end the Marathi-non-Marathi divide. “Those who have climbed the ladder of Hindutva are now adopting the British policy of ‘divide and rule’. Don’t fall for it,” he warned.

Speaking at the customary Dussehra rally at Shanmukhananda Hall, and not at Shivaji Park, because of the pandemic, Thackeray slammed the BJP saying that hunger for power was like ‘drug addiction’. Thackeray slammed the BJP for calling the Sena corrupt after the alliance between the two parties ended in 2019, and dared it to topple his Sena-NCP-Congress coalition government, which will complete two years next month.

He came down heavily on the BJP for the deployment of Central probe agencies including the Enforcement Directorate, Central Bureau of Investigation, Income Tax and Narcotics Control Bureau against the political opponents and said the Shiv Sena and the MVA government were prepared to take them head on.

Stating that the BJP had not understood either Veer Savarkar or Mahatma Gandhi, Thackeray said he was proud of his Hindutva ideology but as chief minister, he treated every citizen equally.

Referring to RSS chief Mohan Bhagwat’s recent statement that the ancestors of all Indians were the same, Thackeray asked, “Did the ancestors of opposition parties and farmers come from a different planet? Struggle for power is not good. Addiction to power is like drug addiction.

“In drug addiction, you destroy yourself and your family. But hunger for power destroys families of others,” he said.

In his hour-long speech, Thackeray accused the NCB of deliberately going after celebrities for publicity. “They catch a celebrity, click pictures and make noise around it. Our police only work while the news is about whether someone got bail or not,” he said.

“An impression is being created that Maharashtra has become a hub of narcotics. Drugs worth crores were seized in Mundra port. The court asked for a probe. Which state is Mundra port in?” he asked. He was referring to the recent 3,000kg-drug haul from Mundra port, Gujarat, valued at Rs 21,000 crore.

Thackeray said the country had a big youth population faced with unemployment. “I am not talking about one young man. I am talking about the entire generation. If they are not given jobs, they will explode like a bomb under your seats. You are proving them criminals for drug consumption.”

“If they are not getting jobs, how can we blame them? We are at fault for not helping them with their lives,” he added.

Thackeray said when the country was celebrating the 75th year of Independence, the time was opportune for a debate on the federal structure and powers and rights of the Centre and the states. He argued that the states should speak up against the growing interference of the Centre. “I congratulated Mamata Banerjee for her courage to take on the Centre,” he added.

Ahead of the upcoming elections to the BrihanMumbai Municipal Corporation, Thackeray listed a number of projects being undertaken in the city, including the construction of the Marathi Bhasha Bhavan, the Defence Museum, the redevelopment of BDD chawls and the state-of-the-art aquarium at Worli.

Meanwhile, state BJP chief Chandrakant Patil, in his reaction said while Thackeray had criticised the Centre and the BJP, he had remained mum on the rising crimes and violence against women and the plight of farmers in Maharashtra.