Hundreds died, many suffered trauma, some even developed aquaphobia. More than 100,000 families were relocated and it resulted in the establishment of new residential areas like Kothrud, Sahakarnagar, Maharshinagar, Gokhalenagar, Lokmanyanagar, etc.

Pune, earlier this month, officially became the seventh-largest city in India and the largest in Maharashtra after the state government issued an order for extending the boundaries of Pune Municipal Corporation (PMC) to include 23 new villages in the existing city limits. The city which is home to some of the best educational institutions, now also has a flourishing IT and automobile sector. With an enormous surge in population over the years, Pune currently gives tough competition to Mumbai in terms of traffic. Huge buildings, bustling malls and cinema halls, fancy pubs, bars and restaurants, the city which is particularly known to be rooted in tradition, has grown leaps and bounds over the years.

However, Pune wasn't always a bustling metropolis. It was a small city on the banks of river Mula-Mutha with a population of a few hundred thousands. People used to live in chawls and wadas in the Peth areas, and their main occupation was farming and rearing animals. There were very few multi-storied buildings. The only five-floor structure was on Bajirao Road. Little did Punekars know, a horrible tragedy was waiting to happen. Something that would transform the city’s landscape altogether. 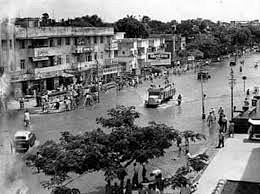 It was the fateful day of July 12, 1961, when the walls of the Panshet dam and subsequently the Khadakwasla dam were breached. The wall burst resulted in flooding and the gushing water caused an unparalleled loss of life and devastation to people who lived near the river in the Peth areas. Houses, factories, and bridges were destroyed. The entire first floor of the MES Abasaheb Garware College on Karve Road was under water. Rescue workers were using boats in the Deccan Gymkhana and Fergusson College Road areas.

However, the catastrophe could have been much worse had the Army not put up a valiant last-ditch effort. In the dead of the night, the Army dumped thousands of sandbags and delayed the inevitable by a few hours. This gave some time for the authorities to warn the citizens of the approaching horror. But, it wasn't enough. Hundreds died, many suffered trauma, some even developed aquaphobia. More than 100,000 families were relocated and it resulted in the establishment of new residential areas like Kothrud, Sahakarnagar, Maharshinagar, Gokhalenagar, Lokmanyanagar, etc.

On the occasion of the 60th anniversary of the Panshet dam tragedy, author Ashlesha Mahajan has released her new book '12 July 1960'. She has recounted the horrors after interviewing nearly 100 residents of Pune, who experienced the floods first-hand. Speaking to the Free Press Journal, Mahajan said, "I have worked on this book for nearly 10 years. I live in Sahakarnagar, and the people who live around me are mostly flood victims. The tragedy is always a topic of conversation in the area." She said her father-in-law was the first person who provided her with a deep dive of how the events unfolded on that cataclysmic day. "Also, if you take a stroll around the city, you would find red markings on buildings which show till where the floodwater had reached. It had always fascinated me," Mahajan said.

When asked about her research for the book, the author said, "I read nearly 10-12 books about the subject and also studied the 1962 research paper published by the Gokhale Institute of Politics and Economics. Also, there is a book called 'Panshet Pralay Ani Mi', which is written by the then DSP Madhukar Heble. This book has minute details of the tragedy. I also heard a speech of the then Chief Minister Yashwantrao Chavan, which he gave in the Maharashtra Assembly after the Opposition moved a no-confidence motion against him in the backdrop of the floods in Pune."

Citing her research and the post-tragedy analysis done by experts, Mahajan asserted that the Panshet dam was built in haste. "The construction of the dam began in 1957-58, and it was expected to be completed by around 1962-63. However, due to some government policy, it was decided to finish the construction work earlier than expected. The dam was still under construction when water was let into it. Also, it was the time when the Samyukta Maharashtra Movement had just concluded and the state did not have enough resources available. We did not have steel, the dam was mainly built with mud. Plus, it was raining continuously since a fortnight before the tragedy. Finally, the heavy downpour and water pressure brought the walls down of the dam," she said. In an exclusive interview, Mahajan said '12 July 1961' is the first fictional novel based on the Panshet dam tragedy. Speaking about the plot of her book, the author said she has taken the current IT generation as the central characters. "Their curiosity piques after they come across a mysterious thing. Upon investigation, they realise it is all connected to 1961 and then begins their journey to decipher and get to know about the floods that swept through their own city, which they were unaware of until now," she said. "The storyline is like a webseries. The language is simple, the characters are relatable, there is a love story and even a heartbreak," Mahajan added.

Even after 60 years, justice eludes the victims of the tragedy. "There is an ongoing struggle to name these victims or their kin as the owners of the houses they reside in. These houses were built after the victims were given loans by the government. The loans have already been paid off, however, the property still belongs to the government. Moreover, there are different laws of the central government and the state government. There is a lot of confusion and many organisations are trying hard to help these people get justice," Mahajan said. "I only hope this stalemate ends at the earliest," she added.

The Free Press Journal, being one of the oldest newspapers, has had a front-row seat to history. In its July 13, 1961 edition, the newspaper has prominently covered the Panshet dam disaster. Titled 'Poona is out of danger', the article mentions that the then Chief Minister made an air-dash to the cultural capital of the state and surveyed the flood-stricken areas.

The newspaper on its front page also asked for contributions as a large portion of India was flooded and millions of people were without food or shelter. "The fury of nature hit hard people of Southern, Eastern and now the Western part of India. Today Poona is in the grip of severe floods. Thousands are in distress. It needs money, a lot of money to rehabilitate them," it read.