Rao is presently under treatment in Nanavati Hospital, where he was admitted after testing positive for Covid 19.
Narsi Benwal 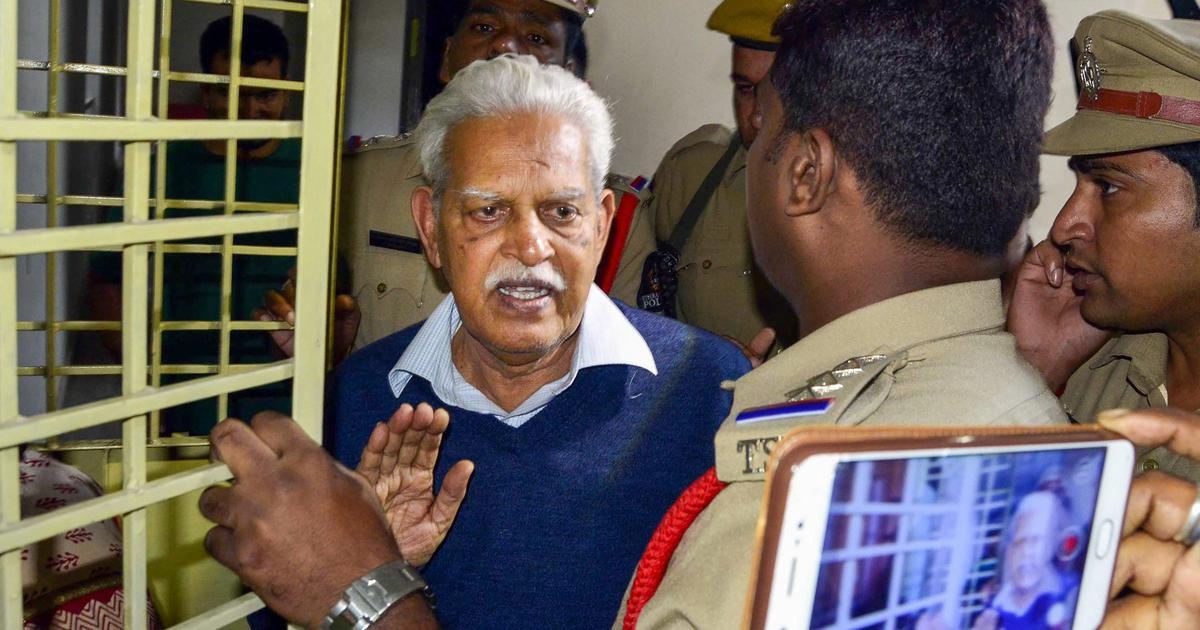 Taking note of the health condition of poet and activist Varavara Rao, 81, the Bombay High Court on Monday sought to know from the Maharashtra government if his family could be allowed to see him from a reasonable distance. The HC has also asked for a detailed report on Rao's health status.

A bench of Justices Sambhaji Shinde and Surendra Tavade issued the directive after it was told that the human rights activist was 'almost on his deathbed' and that his 'days were numbered.'

Notably, Rao is presently under treatment in Nanavati Hospital, where he was admitted after testing positive for Covid 19.

The bench was dealing with a plea filed by Rao seeking bail on medical grounds. His counsel Sudeep Pasbola told the judges that Rao's condition had deteriorated and was serious.

"While in JJ Hospital, he was severely injured after his head hit the bed. This court must note that apart from Covid-19, my client is also suffering from several other ailments. He is hallucinating," the counsel told the judges, adding, "I can say that his days are numbered and he is almost on his deathbed. If he is to die, I would urge this court to let him die in the presence of his family members."

At this, Justice Shinde reminded Pasbola of his client suffering from Covid-19. "In such a situation, how can the family be allowed to meet him?" Justice Shinde asked. Pasbola assured that the family would take proper precautions while meeting Rao from a reasonable distance.

Interrupting the submissions, public prosecutor Deepak Thakare suggested that the family could see Rao through video-conferencing.

Additional Solicitor General Anil Singh, appearing for the NIA, informed the bench that Rao had been admitted to one of the best hospitals in the city and the authorities were taking proper care.

"Since a request has been made, we think the state must clarify if the family can be allowed to see Rao from a reasonable distance in the hospital," Justice Shinde said in his orders.

In another batch of petitions filed by Rao's co-accused Vernon Gonsalves and Anand Teltumbde, the bench has ordered the NIA to spell out if the duo could be tested for Covid-19, as they were in close contact with Rao.

All these activists have been arrested for their alleged role in the Bhima-Koregaon violence and for their links with banned Maoist parties. They are also accused of plotting to kill Prime Minister Narendra Modi.