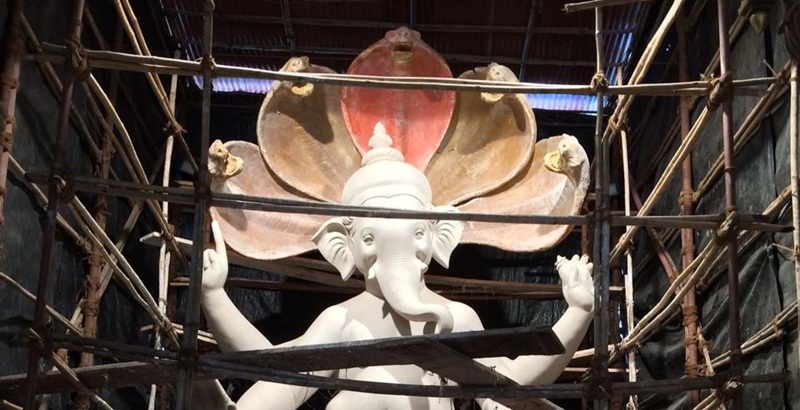 Bewildered residents of Ganesh Galli in Lalbaug still not out of the shock after an LPG cylinder exploded in their vicinity on early Sunday morning killing 2 and leaving 14 others with serious burn injuries. The Mumbai Fire Brigade has meanwhile asked the BMC ward office to conduct a parallel investigation into the mishap.

On reaching the spot, the Mumbai Fire Brigade found a large number of appliances and equipment required for cooking food at the ill-fated house on the second floor of a century-old Sarabhai building. The owner of Rane caterers father and son duo too are injured and undergoing treatment currently.

However, according to local police, the duo will be detained after being discharge to investigate what happened. According to cops, it is likely that the father and son will be arrested for negligence causing death.

Total of 16 people were injured after the cylinder exploded at around 7.18 am on Sunday during food preparation for a Haldi ceremony. First, one to die in the incident was 62 years old Sushila Bangare, neighbour. Bangare used to live alone, neighbours performed her last rites. Second deceased was identified as Karim (50) (employed with the caterer), who had not only sustained burn injuries but also suffered a head injury.

Among those injured was the father of the bride and 15 other relatives. Ten people were said to be in critical condition, having sustained between 70-95 per cent burn injuries.

Those critical were identified as Prathamesh Munge, 27, Roshan Andhari, 40, Mangesh Rane, 61, Mahesh Munge, 56, and Dynandeo Sawant, 85 — admitted to the civic-run KEM Hospital, along with six others who suffered minor burns and are recuperating. Four others -- Vaishali Himanshu, 44, Trisha 13, Bipin 50 and Suryakant, 60 — were admitted to a private hospital.

While the second floor of the almost a century-old Sarabhai building at Ganesh Galli, Lal Baug has been damaged, residents of other floors are now demanding for the repair of the building.

Meanwhile, the Maharashtra Chief Minister Uddhav Thackeray on Tuesday announced Rs two lakh each as assistance to the families of those who died in the Lalbaug gas cylinder explosion incident.

According to an official statement, those injured in the incident will get Rs 50,000 from the CM's relief fund.