From Aaditya Thackeray to Ajit Pawar: How are the big names doing in 2019 Maha Election 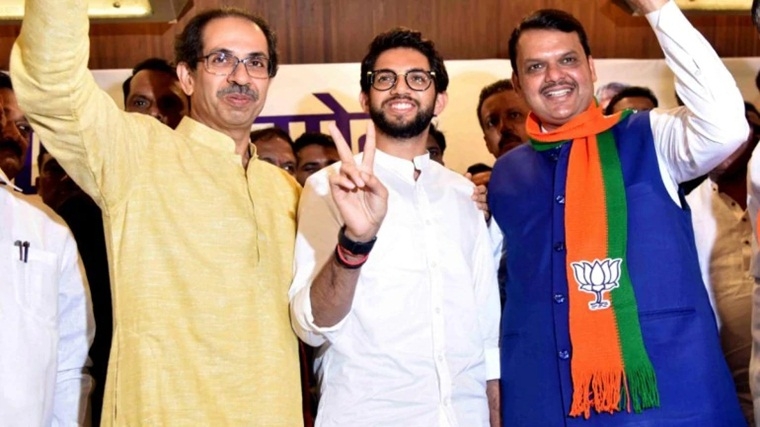 The BJP had contested on 150 seats while Shiv Sena had fielded its candidates in 124 constituencies in the state. The remaining seats were left for smaller allies. On the other hand, Congress contested the polls in alliance with the NCP. Most exit polls have predicted the ruling BJP-Shiv Sena alliance getting elected in Maharashtra but have differed in their projection of the number of seats.

Here is look at how top five candidates from Maharashtra are doing:

1. Devendra Fadnavis (Nagpur South West): He is the Chief Ministerial candidate, a posterboy of RSS and close to Prime Minister Narendra Modi - all the traits you need to taste success in BJP. Chief Minister Devendra Fadnavis is leading by 20,350 votes from Nagpur South West assembly seat against Congress candidate and former BJP MLA Ashish Deshmukh.

2. Aditya Thackeray (Worli): The first Thackeray to fight an election, Balasaheb's grandson is definitely a person to watch out for. The Sena wants to make him the Deputy CM face in Fadnavis government, which depends on the share of seats the two alliance partners can garner. Shiv Sena's Aaditya Thackeray has established a comfortable lead in Worli assembly constituency where he is making his electoral debut. The 29-year-old is pitted against NCP's Suresh Mane. Thackeray is leading by 27, 974 votes.

3. Ajit Pawar (Baramati): Once known to be in the shadow of Sharad Pawar, Ajit Pawar is fighting from Pawar stronghold Baramati. BJP's Gopichand Padalkar is fighting from the same constituency but defeating a Pawar in Baramati is as tough as defeating a Gandhi in Rae Bareli. Former deputy chief Minister Ajit Pawar has established a comfortable lead over his BJP rival Gopichand Padalkar in Baramati. Pawar is leading by 104437 votes.