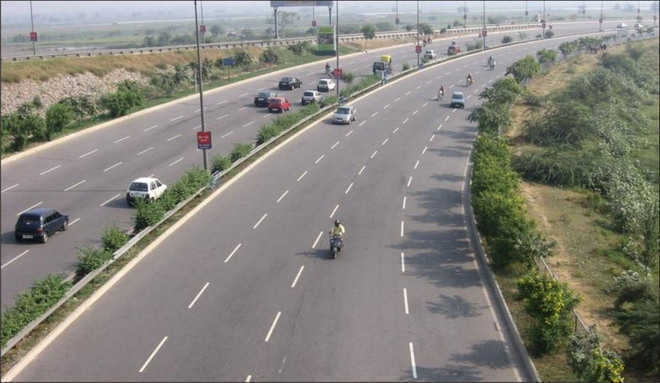 Observing that not much progress has been made in terms of tackling potholes menace since 1996, the Bombay High Court has directed the central and state authorities to fill potholes on the Mumbai-Goa Highway within 3 weeks and submit a compliance report.

A division bench of Chief Justice Dipankar Datta and Justice Girish Kulkarni was hearing a public interest litigation (PIL) filed by Owais Pechkar, a resident of Chiplun city who regularly commutes on the highway, seeking that steps be taken to fix potholes on National Highway-66, which is prone to accidents. He has also pointed out that the widening of the highway has been delayed by several years.

During the hearing on Monday, justice Kulkarni remarked: “Justice (RM) Lodha had passed an order of filling up of the potholes in 1996. Even now, things haven’t changed much. These issues affect common man. We want these issues solved.”

In 1996, a division bench headed by Justice Lodha had taken suo moto (on its own) cognizance of the pothole ridden roads in the city and directed the Brihanmumbai Municipal Corporation and the state government to undertake repairs immediately.

Justice Kulkarni further added: “Why can’t you (authorities) think of a concrete policy to be implemented for (fixing) potholes (issue)? It created number of problems. There should be a mechanism for continuous maintenance (of roads). It (potholes) causes number of deaths. Use better technology to fix potholes.”

The National Highway Authority of India (NHAI) and Public Works Department (PWD) had undertaken widening of the Mumbai-Goa highway in 2010 in parts. However, till date, it has not been completed, said Pechkar.

The court was informed on Monday that a total of 2,442 people had died due to accidents on the highway since January 2010 when the widening work project started.

The HC has asked the PWD and the NHAI to immediately undertake the repairs. The HC has asked Pechkar to check whether the potholes are repaired and submit a report in three weeks.

The judges even questioned the slow pace of lane widening work along the Mumbai-Goa highway. The HC has directed the Maharashtra government to review the ongoing construction work by December this year, and to take appropriate steps to complete the project at the earliest.

Irked by the slow pace, the HC said that it will not permit the government to begin any new development project until the highway widening work was completed. “Unless you finish this project, we will not let you start any other project. Let the public reap the benefits of this project first,” said the chief justice.

Advocate General Ashutosh Kumbhkoni assured the HC that he will personally look into the issue and see to it that the work was done expeditiously.

The NHAI had filed an affidavit recently stating that the final completion of widening work on the Mumbai-Goa National Highway would be possible by March 2022, if 267 crore additional amount was arranged by the lenders of the project, including SBI, at the earliest.

The authority further conceded that while the project highway was in ‘motorable condition’ before the ongoing monsoon season, due to heavy rainfall and heavy vehicular traffic, some ‘potholes, patches and water stagnation’ developed in certain sections.

Kumbhkoni informed the HC that since the monsoon was receding, they will complete the repair work and highway widening work expeditiously.

The HC has sought a progress report of the highway widening work from the state authorities by December this year. The HC has also asked the government to inform about the number of accidents and deaths that took place on the Mumbai-Goa highway between June and September.