Haroon Naik was arrested in February 2012 in the case and has since been in custody. He is accused of being a member of the terrorist group Indian Mujahideen
Bhavna Uchil 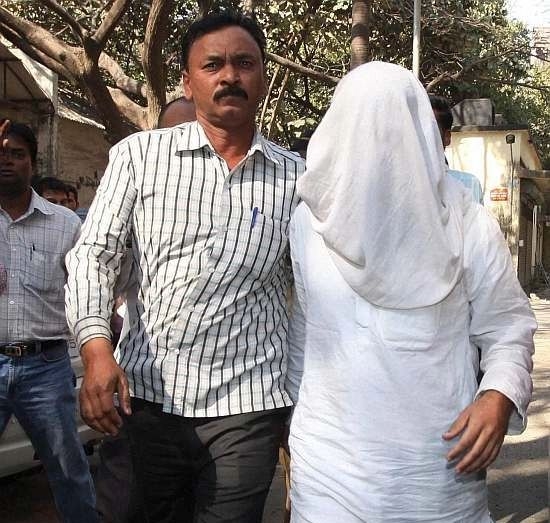 Haroon Naik (Right), an accused in 13/7 serial blasts, being produced in a local court in Mumbai. | PTI File photo

A special court on Monday permitted an accused in the triple blasts case of 2011 to be shifted from Mumbai Central prison to Taloja prison in Navi Mumbai upon his request so that his family, which lives in Mumbra, could visit him more frequently.

Special judge RR Bhosale noted in his order that the applicant Haroon Naik has been facing custody for the last eight years and his trial will take further time. Therefore, it said that during this period, his right to meet his family members, friends and legal advisors is to be protected by passing an appropriate order. The court then directed that he be transferred from Mumbai Central prison to Taloja prison.

Three coordinated blasts had taken place on July 13, 2011, near Opera House, Zaveri Bazaar and Dadar Kabutarkhana areas and had led to the deaths of 27 persons, while 127 had sustained injuries.

Haroon Naik was arrested in February 2012 in the case and has since been in custody. He is accused of being a member of the terrorist group Indian Mujahideen and sending Rs. 10 lakhs through Hawala service from Dubai to his co-accused and the organization’s founder member Yasin Bhatkal.

The amount was said to be used for the blasts. Naik’s previous bail pleas have been rejected and he is one of 11 accused in the case.

On Monday, the court had received an application from jail from Naik. In his plea, he had sought that he should be shifted to Taloja central prison from Arthur Road jail, where he is currently lodged, as his family and friends live in Mumbai and are unable to visit him as they have to spend the entire day if they must visit him there.

He said that Taloja jail is at a distance of an hour and a half from their Kurla residence and that if he is shifted there, they would be able to visit him regularly.

He further said that he has been in custody for eight years, during which time, on very few occasions, his kin were able to meet him due to the distance involved.