HomeMumbaiFPJ Legal: Bombay High Court appoints husband to deal with properties and finances of wife as she is in a 'vegetative state'

FPJ Legal: Bombay High Court appoints husband to deal with properties and finances of wife as she is in a 'vegetative state'

The Bombay High Court bench of Justices Ujjal Bhuyan and Madhav Jamdar last week appointed a 73-year-old man as the guardian of his 65-year-old wife, who has been in a 'vegetative state' for the last seven years. The bench has appointed the man to look after the properties and also the financial issues of the wife, who is bedridden.

The bench was hearing a plea filed by Vijay Salgaonkar, who sought a direction to the state to make provisions for guardianship of mentally sick persons who are not minor. He stated that his wife Veena and he live together till date as they don't have any child.

"My wife is suffering from vascular dementia with diabetes mellitus and hyper tension. Because of her debilitating health condition she is unable to take care of herself, not to speak of her property. She is virtually a 'living dead' person," Vijay pointed out, adding, "Being the only natural and legal guardian, I have to constantly look after and take care of my wife. Her properties include residential tenement, savings bank accounts, post office account and a number of investments."

Vijay further pointed out that He is looking after the person of his wife and that there is not a difficult proposition, but he claimed that he is handicapped in looking after her properties in the absence of being declared as her guardian.

Accordingly, the bench had in March this year, ordered the Resident Deputy Collector to visit Vijay's residence and to submit a report regarding his wife's physical and mental condition including as to whether she is in a position to look after herself and to sign documents and cheques with understanding.

The report submitted by turning Resident Deputy Collector stated that Veena is a known patient of vascular dementia with diabetes mellitus and hypertension; this condition started about seven years back and its severity has increased to a great extent since 2020.

"She was found to be completely bedridden and disoriented," the report stated, adding, "She was not in a position to make voluntary movement and also make signature for withdrawing money from bank." 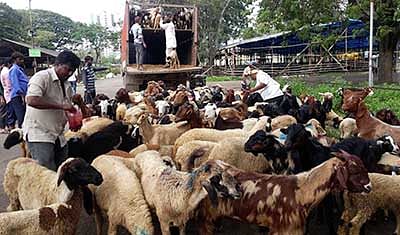 The judges after considering the material on record the judges referred to various orders passed by the Supreme Court, Bombay HC and also Madras HC in similar cases.

"It has been held that when a person is in coma or in a comatose condition or in a vegetative state, it cannot be construed that such a person is a physically or mentally challenged person as is understood under the relevant statutes. Nor such a person can be construed to be a minor for the purpose of appointment of guardian," the judges said.

Thus, the bench said the provisions of the Guardians and Wards Act, 1890 and the Mental Healthcare Act, 2017, would not be applicable to persons in a comatose condition or in a vegetative state.

"It has also been held that there is no legislation in India relating to appointment of guardians to patients lying in comatose or vegetative state," the bench noted.

The bench accordingly appointed Vinay as the guardian of his wife and also ordered the banks and other establishments to allow him to deal with his wife's properties and finances.