The proposed alignment of the proposed bridge is situated near to fishermen settlement (Koliwada) at Colaba end.

The 1.6-km four-lane bridge over the bay will reduce the driving time between Nariman Point and Colaba to just five minutes | File
Follow us on

Mumbai: The Maharashtra Coastal Zone Management Authority (MCZMA) has deferred its approval for the construction of a 1.6-kilometer, four-lane bridge between Nariman Point and Colaba, Cuffe Parade.

The authority has taken the action because the Mumbai Metropolitan Region Development Authority (MMRDA) has not submitted a revised environment impact assessment (EIA) report incorporating details of the impact on fishermen's settlement (Koliwada) at the Colaba end, local fishing, and fishermen's livelihood.

Even though MMRDA formulated the fisherfolk compensation policy in December 2015 for affected fishermen, the MCZMA said that it will need to incorporate the details of the same in the revised EIA report. Further, MCZMA also asked the MMRDA to seek the comments or remarks of the Office of the Commissioner,  Fisheries, in the matter.

As reported by the Free Press Journal, the MCZMA at its meeting on November 10 discussed the MMRDA proposal. Its minutes were uploaded on MCZMA's website on November 30.

The alignment of the bridge is situated near a fishermen's settlement

The authority explained, "MCZMA noted that the proposed alignment of the proposed bridge is situated near a fishermen's settlement (Koliwada) at the Colaba end. The expert members raised concern about the impact of the project on local fishing and the livelihoods of fishermen.

The EIA report mentions the social and economic impact of the project, which states that communication with the local community (fishermen, boat owners) should be institutionalised and done on a regular basis. "The project proponent (MMRDA) should take appropriate steps to implement rehabilitation and resettlement," said MCZMA in its minutes.

"When asked about the impact of the project on local fishing and the livelihood of local fishermen, the MMRDA officials stated that there is no fishing activity along the alignment of the proposed road," it added.

will reduce the driving time between Nariman Point and Colaba

The bridge over the bay will reduce the driving time between Nariman Point and Colaba to just five minutes, saving time and fuel. Besides, the new bridge will act as a last-mile connector for the upcoming coastal road. The MMRDA has invited bids for the appointment of a contractor.

The selected contractor will be engaged in the design and construction of a four-lane bridge connecting Nariman Point to Colaba/Cuffe Parade in engineering, procurement, and construction (EPC) mode. The estimated cost of the project is Rs 284.55 crore, with a completion period of 24 months.

According to MCZMA, the project proponent has carried out the coastal regulatory zone (CRZ) survey (1,4000 scale) through IRS, Chennai (the Ministry of Environment, Forestry, and Climate Change's authorised agency). According to the CRZ map, the site is located in CRZ IB, CRZ II, CRZ IVA, and outside the CRZ area.

According to the EIA, the proposed alignment does not pass through the mangrove area. However, around 93 trees present in the median of the road will be transplanted during the construction of the bridge, resulting in a deterioration of biodiversity. Rehabilitation and resettlement are involved in the project. 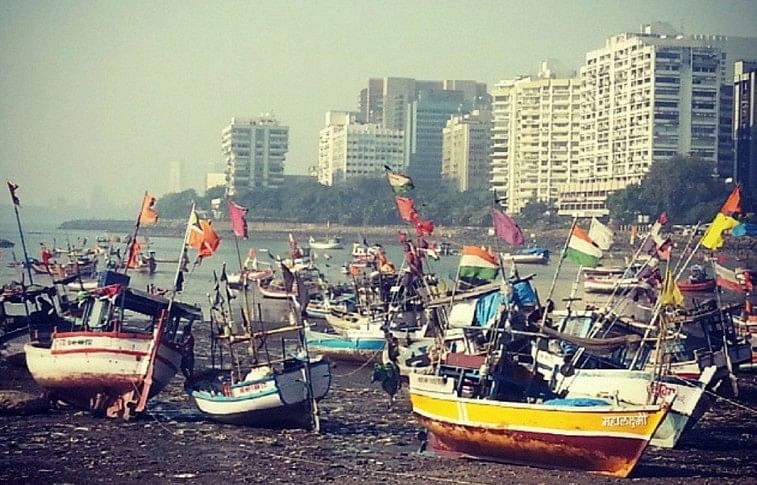