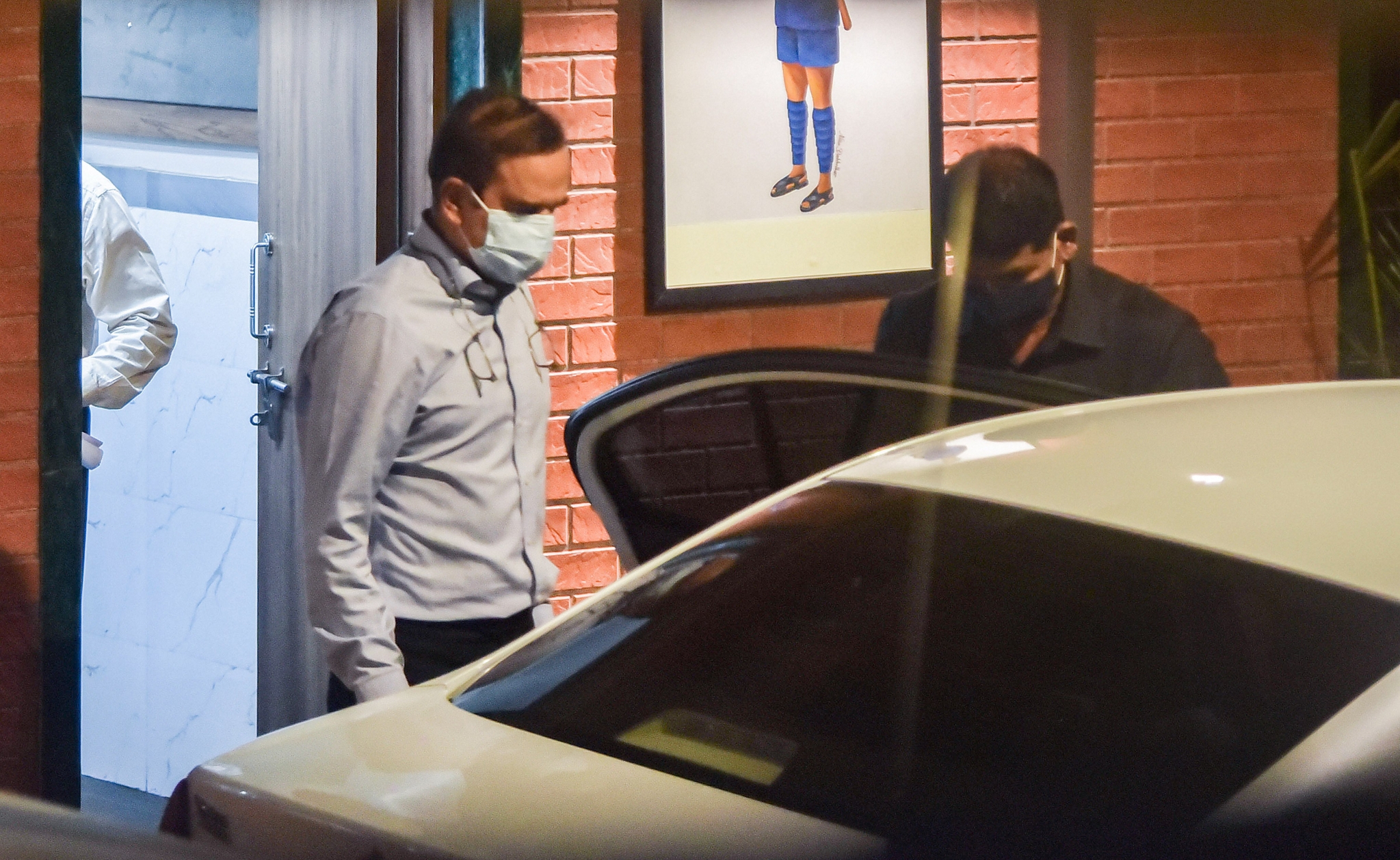 Mumbai: Earlier than it was anticipated, former Mumbai Police Commissioner Param Bir Singh, who is mired in at least four extortion cases apart from an ACB inquiry, abruptly surfaced in the Mumbai Crime Branch office on Thursday. Singh, who has been elusive for the last couple of months, decided to make the appearance after the Supreme Court gave him protection from arrest.

In a sweater and his face concealed behind a cap, mask and dark shades, he arrived by flight from Chandigarh in the morning and went straight to the Crime Branch Unit 11 in Kandivali, which is investigating an extortion case against him. A police car, with a beacon of DG Home Guards, was waiting for Singh at the airport, to take him to to the crime branch office; he left in the same vehicle.

Singh is DG Home Guard since his removal as police commissioner after the Antillia bomb scare case and after levelling serious allegations against the then home minister Anil Deshmukh.

Singh even took the police by surprise because when he reached the Crime Branch office at 11.15 am, hardly any senior official was present. Singh had not informed the Mumbai police officials before arriving and that he was joining the investigation, said an official.

Singh was grilled for over six hours and left the office only at 6.15 pm.

He denied allegations of extortion levelled by a Goregaon based hotelier Bimal Agrwal who had alleged that API Sachin Waze, in connivance with Singh and others, allegedly extorted ₹9 lakh in cash and 2 mobile phones worth ₹2.92 lakh from him for hassle-free operations of his two restaurant and bar located in Goregaon and Andheri, according to an official who requested anonymity

The ex-CP did not avoid any questions and put his version before them, which will be subject to verification, said the official.

Singh has been on medical leave since May. All efforts by the police, which was looking for him in multiple cases of extortion, had come to naught. However, Singh claims that all this time he was mostly in Chandigarh.

If required, Singh will be called again for the questioning which has been given to him in writing, the police said. Singh's questioning was conducted under the supervision of DCP Nilotpal Mishra of the Crime Branch, Singh's lawyer was also present during the questioning.

"I have faith in judiciary and I am here to join the investigation as per the directions of the Apex Court. I don't want to speak about anything now, I will speak in court," said Singh to a TV channel.

His lawyer, Abhay Mokashi, said that they are cooperating with the investigation and would join the probe in the other cases registered against him as well; he could also present himself before the Chandiwal commission which is probing the allegations against Deshmukh.

Last week, a Mumbai court declared Singh a proclaimed offender after the Crime Branch failed to trace him; a notice in this regard was pasted outside Singh's residence in Juhu and Walkekeshwar on Tuesday. Singh had been asked to appear within 30 days, otherwise the process of attachment of his properties would have started.

In the interim, Singh approached the SC and claimed that his life is in danger; however, the top court refused to hear him before knowing his whereabouts. The court granted him protection from arrest only after his lawyer stated that Singh is very much in the country and could present himself within 48 hours before the Central Bureau of Investigation.