The failure of the Maharashtra government in taking proactive steps to ban the right-wing group — Sanatan Sanstha, has proved to be a boon to advocate Sanjeev Punalekar in getting bail from a Pune Court.
Narsi Benwal 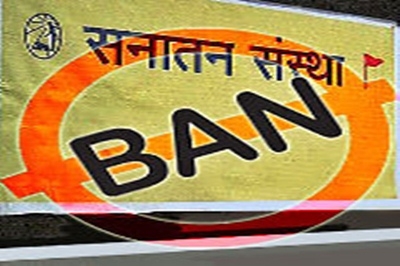 Mumbai: The failure of the Maharashtra government in taking proactive steps to ban the right-wing group — Sanatan Sanstha, has proved to be a boon to advocate Sanjeev Punalekar in getting bail from a Pune Court. He was arrested in May this year for allegedly conspiring to kill rationalist Narendra Dabholkar and also for helping the shooters in destroying the pistols used in the crime. Special judge Ravindra Pande, who ordered Punalekar’s release trashed the claims of the CBI that he was an active member of the Sanatan Sanstha.

Sanatan Sanstha has been in news when some of its alleged members were arrested in an arms haul case. Its members have also been named in the cases pertaining to the killings of eminent personalities like Dabholkar, comrade Govind Pansare and also journalist Gauri Lankesh. However, the special court has refused to accept the CBI theory. It said, “It is clear that the organisation with whom the accused (Punalekar) is attached i.e Sanatan Sanstha is not a banned organisation. Even from the case diary, it appears that he is a member of Sanatan but this isn’t a banned organisation.”

“Even considering the letter alleged to have been written by Puanlekar to Dr Dabholkar which according to CBI was transpired in the investigation, it does not appear that there is any nexus between this letter written and the crime. The data which was found in Punalekar’s laptop, prima facie, does not appear to have any connection with the alleged offence,” the judge said. There is a PIL pending in the Bombay High Court seeking a ban on Santan Sanstha. The HC has kept it pending since years as the Union Home Ministry has sought ‘evidence’ from the Maharashtra government so as to ban the organisation.

Meanwhile, the Pune court has in its orders granting bail to Punalekar has also said that he cannot be charged as a conspirator for killing Dabholkar, as his name cropped up in the case, only five years after the incident. “The object of the conspiracy to murder Dr Dabholkar was achieved long back in 2013. The subsequent act of the accused Punalekar, of giving advise to destroy the weapon which may be unlawful and which is done after about five years of the object achieved and thus it cannot be sufficient to hold that he is one of the conspirators in the offence,” the court ruled.