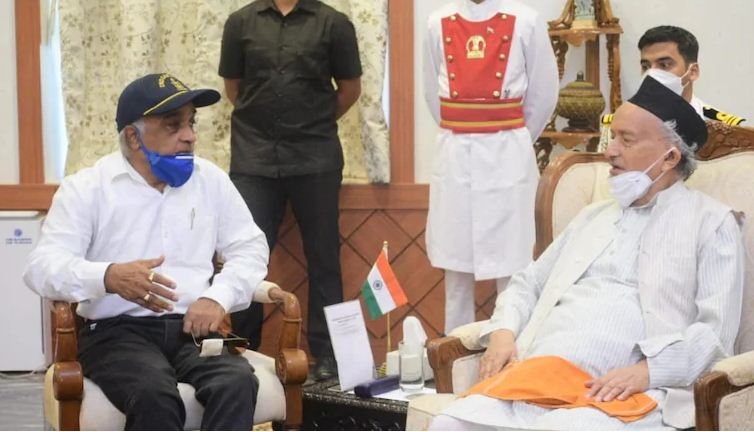 A retired Navy officer Madan Sharma, who was recently attacked allegedly by the Shiv Sena workers, on Tuesday met Governor BS Koshyari and demanded imposition of the Presidential Rule in Maharashtra. He alleged the law and order situation in the state has weakened in the past year.

He also declared that he will associate with the BJP and RSS from now on.

In a letter submitted to Koshyari, he said he did not get justice from Maharashtra government and requested the Governor to convey his displeasure over the issue to Chief Minister Uddhav Thackeray. He further stated he suffered eye and back injuries in the attack by theShiv Sena workers. He claimed that instead of taking action against the assailants, police came to arrest him an hour after the incident.

He said police filed a case against the Sena workers only after he raised the issue with Bhatkhalkar, who is a local BJP MLA.

Sharma said Defence Minister Rajnath Singh spoke to him over the phone and Union minister Ramdas Athawale met him at his residence to enquire about his health after the incident. However, no minister or leader from Maharashtra called or empathised with him after the incident, Sharma added.