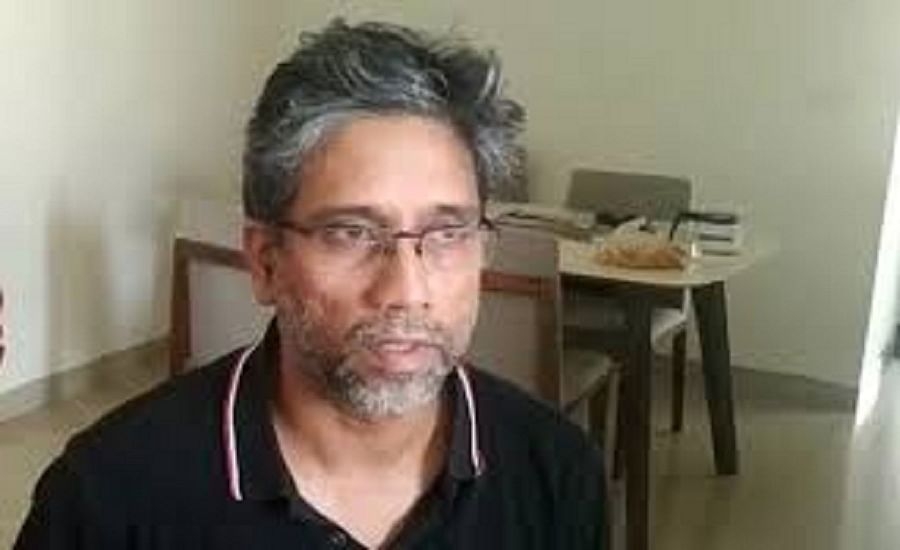 A special NIA court on Monday extended the custody of Delhi University professor Hany Babu with the National Investigation Agency (NIA) till August 7 after the agency told the court that it had found incriminating documents during the raid recently conducted at his Noida residence.

The special court had last week remanded Babu in NIA custody till August 4. As his custody ended on Tuesday, he was produced before the court by the central agency that sought another seven days custody for investigation and told the special court that they had found that Babu used various social media accounts for communication with the co-accused in the case as well suspects and Maoist sympathisers. It was also scrutinising 1.26 lakh emails they recovered from this account, it told the court.

The plea said that Babu was in touch with one Paikhoma Meitei who is associated with KCP (MC) (Kangleipak Communist Party-Military Council) - a banned organisation. Meitei had shared an interview of CPI (Maoist) general secretary with Babu, it said.

Apparently referring to Prof. GN Saibaba, the plea said that Babu was in touch with co-accused and was collecting funds for the release of a Maoist from prison and that it is investigating the matter. It also said that Babu, along with other co-accused was involved in highlighting the arrest and subsequent conviction of GN Saibaba who is serving a life sentence for Maoist links.

Appearing for Babu, his advocate Susan Abraham and Nilesh Ukey opposed his further custodial interrogation and argued that he had already been under questioning of the agency for around five days before his arrest.

Special judge under the NIA Act RR Bhosale while extending the custody noted that as per the detailed case dairy produced by the agency, investigation was carried out everyday and that there are developments in the investigation. Judge Bhosale said that further investigation was required considering the scope and magnitude of the case. However, the court said it did not find the demand for seven days custody acceptable and extended it for three more days.

Commenting on the agency’s seeking custody of Babu based on his work for release of GN Saibaba, chairperson Prof Hargopal of the Committee for the Defence and Release of Dr. GN Saibaba, of which Babu is a member, said that the agency is fabricating evidence to harass people and that defending somebody is not a crime. “Once you have power, you can abuse power to any extent,” he said.