Gorkhe was arrested by the NIA recently

In a video recorded just before they were arrested by the National Investigation Agency on Monday, Sagar Gorkhe can be heard saying that the agency had asked him and fellow Kabir Kala Manch member Ramesh Gaichor to give confessions that they are linked with Maoists and if they do so, they will be spared arrests. They said they refused it. “Hum log Savarkar ki auladen nahi hain ki maafinama likh ke de. Hum Ambedkar ki auladen hain..” (We are not descendants of Savarkar to tender an apology. We are descendents of Ambedkar) He continues in the clipping that through their confessions the NIA wants to show that the Elgaar Parishad was linked with Maoists, which it is not. “We will not let that happen,” he says and appeals to the public to raise its voice against witch-hunt of activists persecuted in the case.

The NIA said in a press release after their arrest that Kabir Kala Manch is a frontal organization of the CPI(Maoist) and the three - Gorkhe, Gaichor and Jyoti Jagtap (Gaichor’s partner who was arrested the following day) are its members and had gone to Gadchiroli’s jungles for weapons and explosives training and programmes on the Maoist movement.

Rupali Jadhav, 33 - Gorkhe’s partner, also a member of KKM since 2009 says about the allegations, “Whoever is radical, questions the government, they (the state) call a part of a frontal organization of Maoists. But our constitution gives us freedom of speech and expression and of protest.”

Kabir Kala Manch - a cultural troupe formed in 2002 after the Godhra riots, confronts issues of caste, class, gender inequalities through street plays, protest poetry and songs. “This is to put a stamp on us that we are Naxalwadi. The media is also running the news that the police are giving them,” she says. She questioned the timing of the arrests. The NIA announced the arrests on 8 September - the same day that Rhea Chakraborty was arrested and the media was full of the news. Gorkhe and Gaichor were arrested a day earlier. 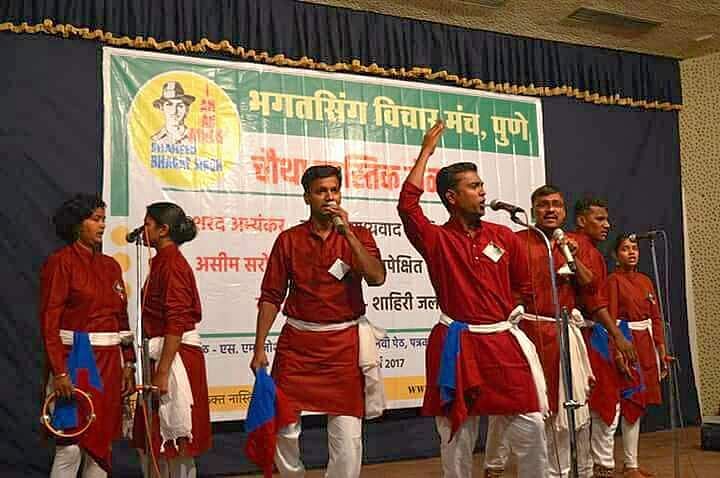 She feels these arrests - coming 32 months after the Elgaar Parishad - Bhima Koregaon incident of Dec 2017-Jan 2018, are because the agency is unable to find anything against the accused. “They want us to confess links we don’t have because one day they will have to apologise for the game they are playing without any evidence,” she says.

Gorkhe, 33 and Gaichor, 36 have already spent around four years in prison between 2013 and 2017, before the Supreme Court granted them bail in another Naxal case. The ATS had arrested two KKM members in 2011 charging them with offences under the Unlawful Activities (Prevention) Act (UAPA). For two years thereafter, many members of KKM had gone underground. The trio and Jadhav had surrendered in 2013 before the Mantralaya. Speaking about that case, Jadhav says, “They have not managed to get a single evidence in that case in ten years and want to trap us in yet another case with bigger allegations.” At a time of pandemic which prisoners are being released, she questioned why the arrests needed to happen now. Gorkhe and Gaichor had been called five to six times for questioning and were attending the agency’s summons, she says. When there are restrictions on assembly and people cannot protest on the streets the time is indeed ideal. “At least for the sake of humanity they could be arrested after the pandemic’s threat is over, but they will be happy if any of these activists die of the infection,” she says. 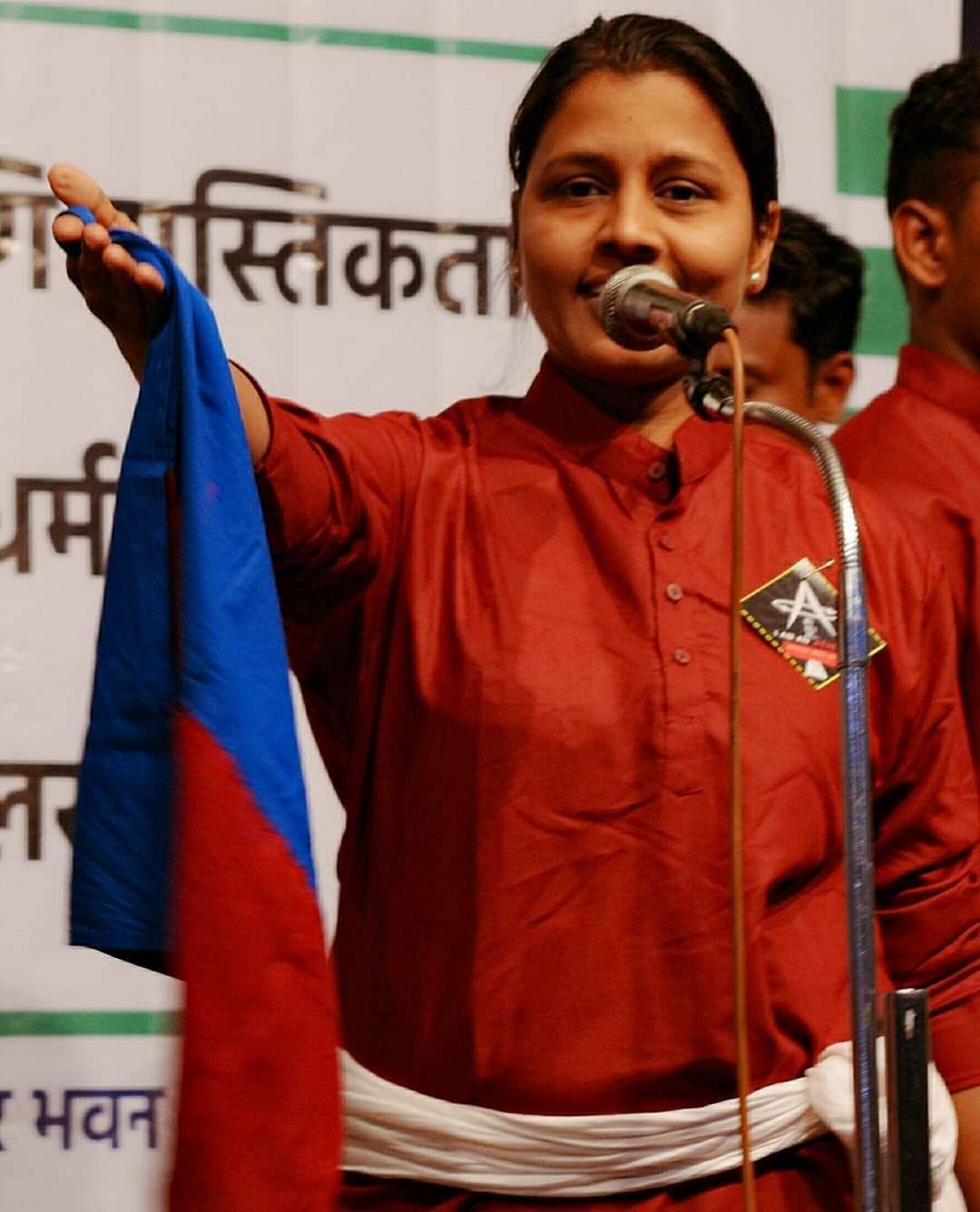 Jyoti Jagtap was arrested by the ATS and not the NIA and due procedure of giving notice was not followed she says. But the NIA in its press release had been silent about the former’s role in the arrest. Describing the dramatic chase in which Jyoti was nabbed, Jadhav says Jyoti was on her way from Pune to Mumbai to meet her, when her vehicle was chased by four persons. At a signal in Gultekdi, a woman officer entered the vehicle and informed her that she was under arrest. “Hum kya chor-chakaar hain ki aise arrest kiya (are we common criminals they arrest that way),” she asks.

Jyoti had studied a course and wanted to start a counselling centre. Jadhav herself, a dalit, is studying as well as doing a small-time business to support expenses. “We are all from poor backgrounds,” she says of KKM members - most of whom are from dalit and OBC communities.

Jadhav was among the 121 Indian human rights activists, lawyers and journalists who had been the target of the Pegasus spyware attack on their phones in 2019. “I was using the same phone for long. Rs. 10,000 - Rs. 15,000 is not a small amount,” she says. An organisation has got her a new phone now.

In the Elgaar Parishad conclave held on 31 Dec, 2017, over 250 progressive organisations had came together to commemorate the 200th anniversary of the victory of Dalit soldiers of the British army over the Peshwa rulers in the battle of Koregaon-Bhima.

“Marathas, Bahujans, Muslims, Dalits, Adivasis had come all together. Muslims were serving water there. We had taken an oath not to let the RSS win. That hurt them (the hindutva forces) a lot,” Jadhav says. The event was supposed to give a positive boost to all the progressive movements, but the state has fixed Naxalwadi label on it, she says. “They (the agencies) are asking about its funding - that it was funded by Maoists. Hum ne jholi failayi thi (We had requested donations at the event) and people contributed small amounts - Rs. 10, Rs. 20. Half the expense was settled there itself,” she says.

Why is no one talking about Milind Ekbote and Sambhaji Bhide, she asks - the Hindutva leaders against whom an FIR was filed for the Bhima Koregaon riots by a victim. Jadhav says, “KKM, Elgaar Parishad are being made scapegoats to save Bhide and Ekbote. Actually not to save them - to save Hindutva ideology. The arrests raise a question on democracy.” 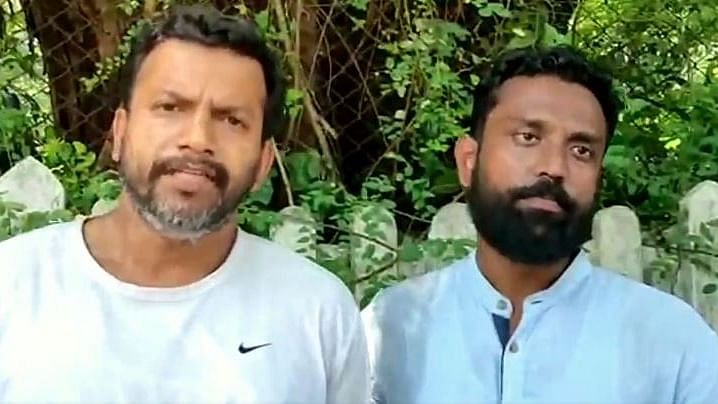