Shinde, who is in a defiant mood, rejected Shiv Sena President and Chief Minister Uddhav Thackeray’s emotional appeal to return and hold talks to find a way out

In his first appearance before the media after arriving in Guwahati, rebel Shiv Sena leader Eknath Shinde on Tuesday said he and other dissident MLAs will head to Mumbai soon. ‘’Deepak Kersarkar, our spokesperson, will share the details. We are with Shiv Sena, we are taking this Shiv Sena ahead, there is no doubt. Our stand will be cleared, we will go to Mumbai very soon," he said about the 'Shiv Sena Balasaheb' group formed by the rebel camp.

Shinde, who is in a defiant mood, rejected Shiv Sena President and Chief Minister Uddhav Thackeray’s emotional appeal to return and hold talks to find a way out. Shinde led a blistering attack against Thackeray, his son and Yuva Sena chief Aaditya Thackeray and Shiv Sena spokesman Sanjay Raut. Shinde has reiterated that the time was over for rapprochement.

Shinde questioned Thackeray’s appeal especially when derogatory language was used against him and other legislators especially by Aaditya and Raut. In a tweet Shinde said, ‘’On the one hand, your son and spokesperson call the Shiv Sainiks of Vandaniya Balasaheb as pigs, dirt from nallahs, male buffalo, dogs, and corpses. On the other hand, make an appeal to these legislators to save the anti-Hindu Maoist government in Maharashtra. What does it mean?’’

Shinde and the legislators are uploading videos with an appeal to Thackeray to break ties with NCP and Congress and to rejoin with BJP for the government formation in Maharashtra. Further, Shinde and other rebel legislators are stepping up their attacks against NCP in particular for carrying out its agenda to finish Shiv Sena politically in the state. Besides, they are targeting NCP and Deputy Chief Minister Ajit Pawar, who holds finance and planning departments, for non allocation of funds to Shiv Sena ministers and legislators by diverting them to NCP ministers and legislators. 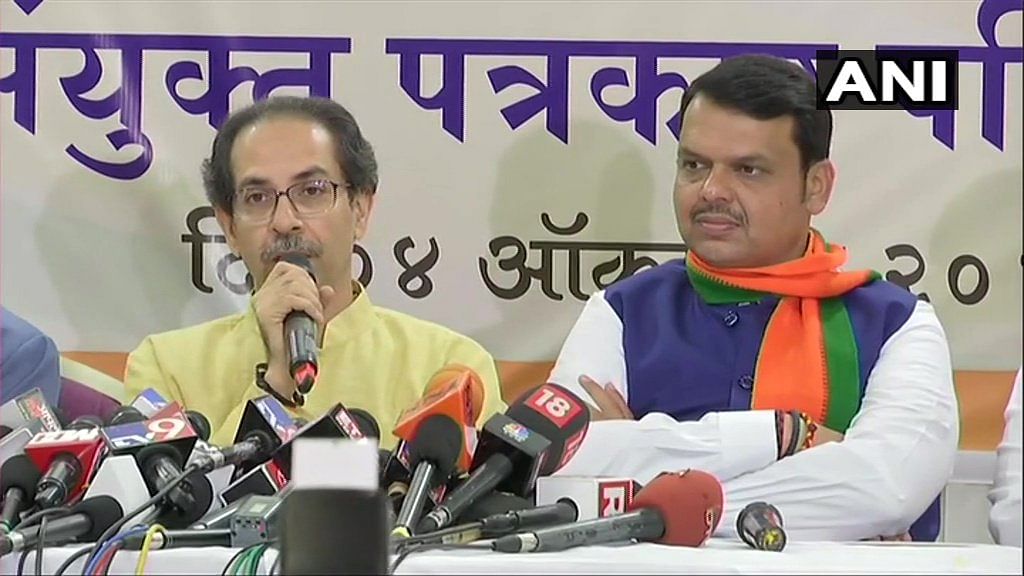