The auction of Jarandeshwar, which was sold to Guru Commodity Services Pvt Ltd for Rs 65.75 crore, was done following the Bombay High Court’s orders, the deputy CM said
Sanjay Jog 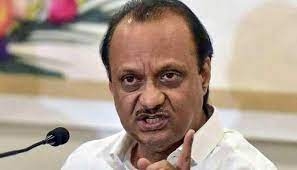 Mumbai: Maharashtra Deputy Chief Minister Ajit Pawar on Friday refuted the BJP’s allegations of scam in the auctioning of the Satara-based Jarandeshwar Sugar Mill saying that the charges were made against him by giving wrong and misleading information. He asserted that at present the Enforcement Directorate is investigating the matter and it will reveal the facts.

The auction of Jarandeshwar, which was sold to Guru Commodity Services Pvt Ltd for Rs 65.75 crore, was done following the Bombay High Court’s orders, he said. "As the sugar factory failed to repay the outstanding, the court gave a year’s time and asked to put it up for sale if they could not clear the outstanding amounts in that period,” he said, adding that the auction of Jarandeshwar Sugar Mill was carried out by adhering to all the rules and regulations.

After the sugar factory failed to pay the outstanding, the Maharashtra State Cooperative Bank (MSCB) floated a tender to which several companies responded, and as Guru Commodity Services’ bid of Rs 65.75 crore was the highest, the bank sold the mill to the company, Pawar said.

The ED, which had recently attached the Jarandeshwar sugar mill assets in July, had claimed that the cooperative-run sugar mill was linked to Pawar and his family. ‘’We only expect that the agencies are free to perform as per their way, but they must give everyone the same justice (treatment),” he said.

Pawar added that so far 65 sugar factories that were either sold through auctions or given on contractun, and claimed that some cooperative mills were sold in the range of Rs 3 crore to Rs 10 crore, but nobody was talking about them.

"The whole of Maharashtra knows me and that I am not dishonest. I will never lie till the time I have public support. There is no dishonesty in our blood”, said Pawar.