The security guard was cheated into sharing his AADHAAR card number and bank details, and then asked for the OTP
Priyanka Navalkar 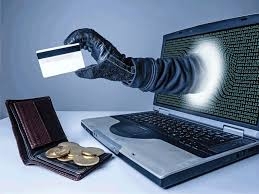 Mumbai: A security guard was duped by a cyber fraudster of Rs 49,453 on the pretext of updating the KYC details of his SIM card, failing which the SIM card will be deactivated. The security guard was cheated into sharing his AADHAAR card number and bank details, and then asked for the OTP. He lost his hard-earned money in 10 minutes. The Gamdevi Police have lodged a complaint and are investigating the matter.

On September 10, the complainant, a Kandivali resident, was on security guard's duty at a Gamdevi residential society, when he received a call from the man. The caller introduced himself as a representative of a leading telecommunications service provider, who informed the security guard that his SIM card's Know Your Customer (KYC) was pending.

The man told him that if the SIM card's KYC was not updated, his card will be deactivated and could be later transferred to someone else. The security guard panicked and asked for a solution. The man asked him to fill out a KYC form and share his AADHAAR card and debit card details for verification. "I shared my identity and bank details with the man and he sent me two OTPs for verification of the documents. I shared that too," said the guard in his complaint.

After a few minutes when the complainant checked his phone, he saw two messages from the bank, intimating him about two bank transactions worth Rs 49,453. Shocked, the guard redialled the number from which the man had called, only to be assured that the money would be refunded after he filled out the KYC form. Not convinced with the answer, the complainant called several times, but to no avail.

Having realised that he has been duped, the security guard immediately approached the police and lodged a complaint. The police officials then suggested him to block the card for the meantime and alert them about the fraud, after which an FIR was registered against the fraudster under relevant sections of the Indian Penal Code and Information Technology Act. No arrests have been made yet.