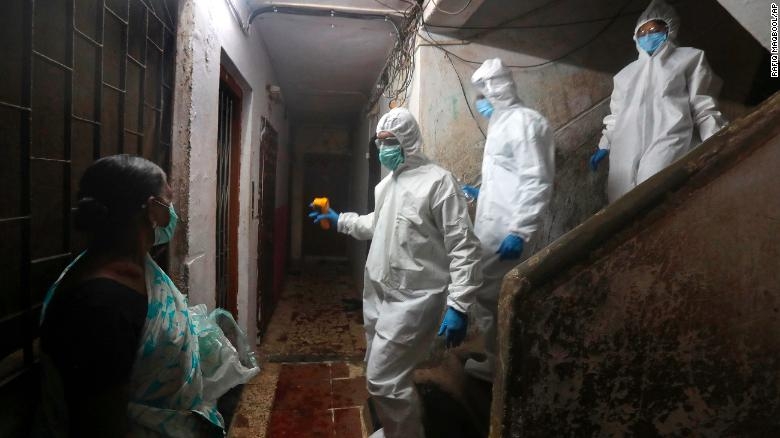 To prevent a second COVID19 wave in Mumbai, the Brihanmumbai Municipal Corporation (BMC) has started tracing symptomatic patients at the slum areas of Mumbai as a proactive measure.

During the state government's 'My Family, My Responsibility' campaign the civic body had marked nearly 25,000 households in the city which were found locked. Now that festive season is over, BMC officials are now anticipating the return of migrant labourers to Mumbai. As a result, ward officials have instructed health officials to track down symptomatic patients and treat them at their facilities.

"From today we have started testing at Dadar terminus, if a passenger is found symptomatic, we will be taking him to a COVID facility and treat him," assistant municipal commissioner Kiran Dighavkar told FPJ.

Dighavkar informed ward officials are conducting tests at ground level to ensure maximum people are screened which would help the civic body to contain a spike.

"Our health officials are screening people at industrial estates and market places we have also tied up with various organisations as well to have their employees screened" Dighavkar added.

He said that currently in the G North (Dadar, Mahim and Dharavi) ward there are 11 health check-up posts, where COVID testing are being conducted for free. He also stated, of the seven posts eleven are in Dharavi.

"At Dharavi, many labourers have started to come back. To ensure there is not another spike, we are keeping a daily track of their health conditions and working closely with local people and community leaders," stated a civic health official.

Following September, the number of cases in slum areas started to fall. However, with the possibility of a second wave, civic officials are now fearing that reverse migration may lead to another spike in number of cases.

"The BMC is also keeping a track on the locked households which we couldn't screen. Containing a spike at the slum would be difficult as slum areas are heavily congested" the health official added. Although BMC officials have also stated that the city is well equipped to handle a surge. Assistant Municipal Commissioner, Suresh Kakani stated presently there are nearly 10,000 active cases while the BMC is equipped to handle near about 38,000 cases presently.