Speaking at a 'Lokshahi Bachav Sabha' organized by the city unit of the party in Pune, he said Congress has complete "Indianness" and believes in the "middle path".
PTI 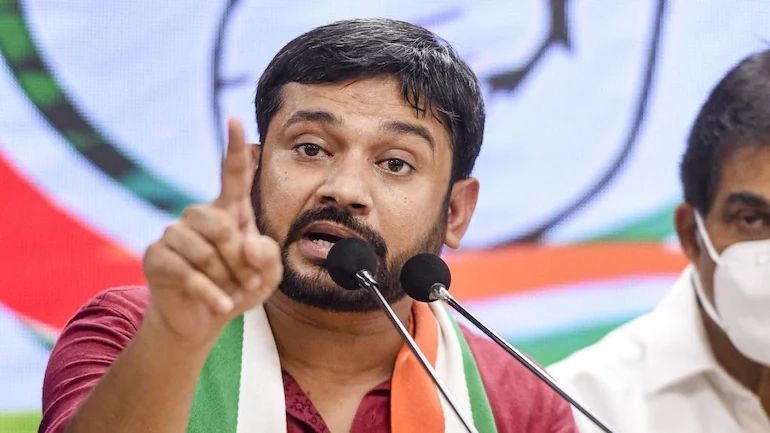 Pune: Stating that extremism should be shunned, Congress leader Kanhaiya Kumar on Friday appealed the youngsters "who want to save the country" to join the Sonia Gandhi-led party.

Speaking at a 'Lokshahi Bachav Sabha' organized by the city unit of the party here, he said Congress has complete "Indianness" and believes in the "middle path".

When he joined Congress, one of his close friends called and asked what "deal" had been brokered, said Kumar, who was earlier with the Communist Party of India (CPI).

"I told him sarcastically that when apartments will be built on the Mars, Rahul Gandhi has promised me a duplex flat," he said.

People should stop seeing him or Congress party from this kind of perspective, Kumar said.

He also advocated the desirability of following the "middle path".

"Why middle path? Because extreme is not good. Extremism is never good and the character of our nation is such that it does not like extremism. It believes in pluralism," said Kumar.

"All those youth who love the country and who want to save it should join Congress and those who want to sell this country can join the BJP," he said.

"The party which created this nation, which helped the nation get freedom, knows the importance of this country and the freedom," he added.