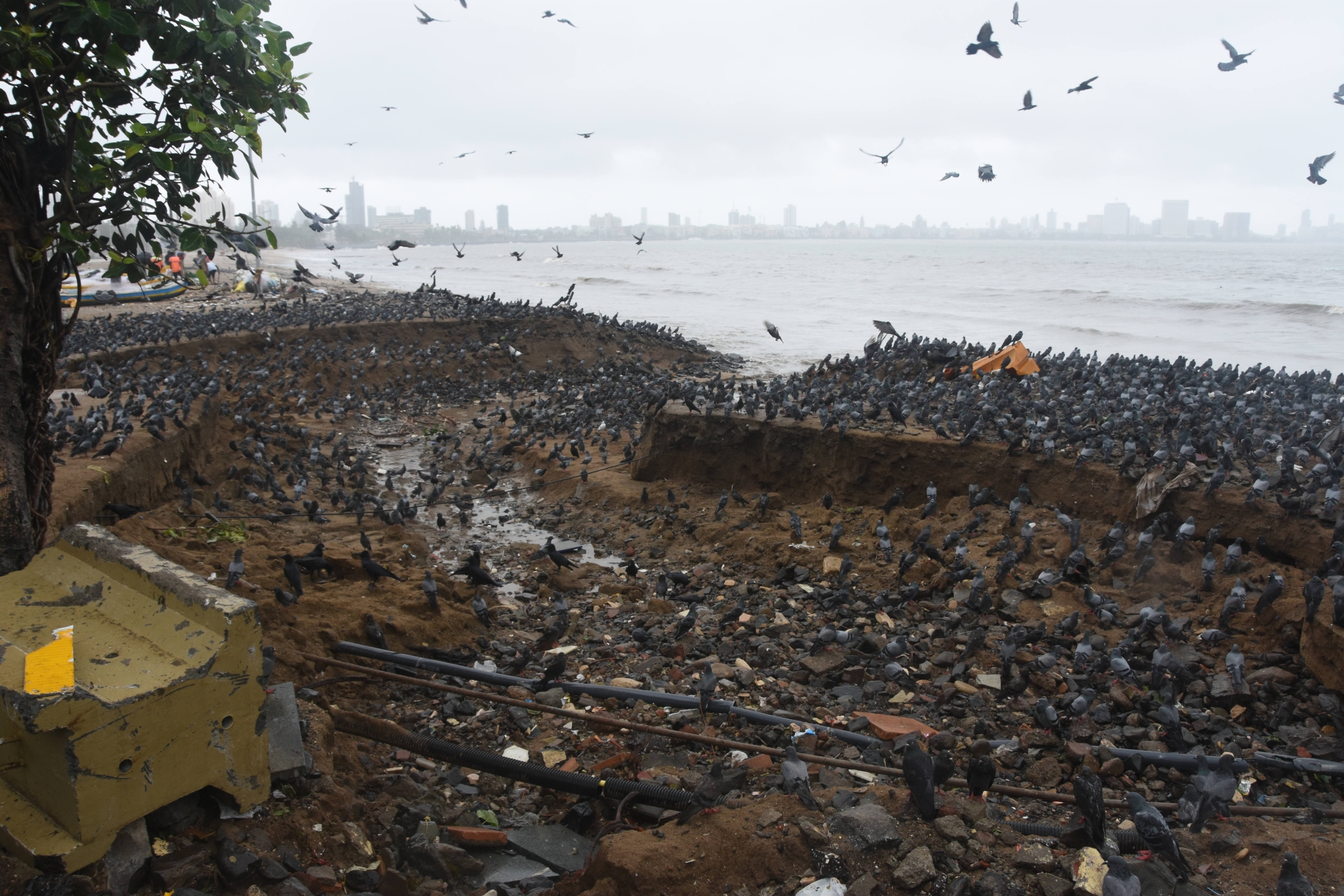 Three days of uninterrupted rain has brought the maximum city to a standstill. Lives, especially of those residing near the coasts, continue to be on an edge. As it lashed the coast, coupled with a high tide, rain water entered the houses of those living in low lying villages adjoining the sea coast. Places such as Gorai, Madh, Manori and Marve were adversely affected due to the incessant rains.

Rain water has entered almost every household, affecting property and livelihood. Most of the residents living in this area hail from the Gaothan or Koli community, who are mainly dependent on fishing.

"Being close to the sea, the water overflowed and entered our houses. Firstly, the roads and shops went under water. The water then entered residential parts," stated Murray Manaji, a resident.

The houses in these places are in close proximity, which is why it became difficult for the residents to take shelter in nearby places. Almost all the houses were submerged under water.

"The residential areas are very congested within narrow lanes. So, if water enters one house, it's bound to spread everywhere as well," Manaji stated.

Water began entering the houses on Tuesday afternoon. However, later, on the same day, water started to recede from most parts, as the rainfall stopped temporarily. As the showers intensified on Wednesday, the situation worsened for the residents.

"On Tuesday night, we thought that the rain water would recede and not come back. However, things became worse on Wednesday afternoon," said Joseph Gomes, a local resident.

"We tried to flush out water using our own water pumps, but it was of no use, as the sea water was continuously flowing," stated Gomes.

Residents informed that due to the high tides the roads were heavily flooded and vehicular movement became almost impossible. "Vehicular movement was impossible due to the floods. The sea also became rough. Had anyone fallen, then the water currents would have easily washed them away," stated another resident.

The villagers, on Wednesday late in evening, took shelter inside a local missionary school, where they have formed their own community kitchen. "People from various pockets of the neighbourhood have started to shift to elevated locations. Myself, along with fifty of our neighbours, took refuge in a school. Some people have taken refuge in nearby hospitals and churches as well," stated Manaji.

"However, we will wait for the rains to stop and water to recede. Only after that will we return to our homes, because the sea is rough now. In case it rains heavily again, it will be more problematic," stated Manaji.

Gorai and Manori come under P-North ward of Mumbai's BrihanMumbai Municipal Corporation (BMC), which is amongst the wards with the highest number of COVID-19 cases. Needless to say, in the whole hustle, social distancing went for a toss among the people.

"At this time, we were more focused on saving ourselves from the water. If something is bound to happen, it will. We cannot afford to sit there and maintain social distance and let the flood kill us anyway. Our economy has been affected in the last few months, and now these rains caused more disruptions. All of us here just want to go out and get some job as soon as possible," asserted Gomes.