Koparkhairane police booked two boys under relevant sections of the Protection of Children from Sexual Offences (POCSO) Act and will investigate the matter once the school reopens after the weekend.
Staff Reporter 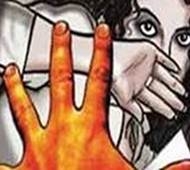 Mumbai: An 11-year-old boy was allegedly sexually assaulted by two of his male classmates on the school premises on last Thursday (August 1). The incident came to light on Saturday, when his parents asked him about his disconnect with society and friends.

Koparkhairane police booked two boys under relevant sections of the Protection of Children from Sexual Offences (POCSO) Act and will investigate the matter once the school reopens after the weekend.

According to police sources, the victim and the accused boys are all class VI students of Jijamata Convent School at Koparkhairane. Police said the survivor was awfully quiet after returning from school on August 1, which made his parents wonder what went wrong.

On Saturday, during the dinner, the mother asked the boy if there was any problem at school or with friends. He dodged the querries. After repeated persuasions, the boy said two of his classmates had sexually assaulted him in the school.

The parents were shocked to learn that the class VI boys could do such a thing. When they asked in detail, the boy said the accused duo had kissed him on the lips, touched him inappropriately, pinched his private parts, spat on him and inserted thermocol balls in his anus.

Then, his parents registered a complaint at the Koparkhairane police station. Police said they could not question the boy in detail as he seemed shattered.

A senior police officer said, “The details will come forward once the school reopens after the weekend. The boy could not even tell the last names of the boys who allegedly sexually assaulted him.

We have primarily registered a case of sexual assault against the accused minors under relevant sections of the POCSO Act.”