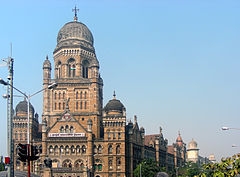 Senior Congress corporator and leader of opposition (LoP) in the Brihanmumbai Municipal Corporation (BMC) Ravi Raja, stated that if the central government delays any further in handing over the Mahul plot then the civic body will invoke the Disaster Management (DM) act in taking over the plot of land.

"The municipal commissioner has already written to the central government six months back but there have been no response, we will write one more letter following which we will start working on taking over the land" Raja told FPJ.

In order to ease the problem of Mumbaikars during monsoon, the civic body had planned to build a pumping station at Mahul creek. This pumping station would play an important role in pumping out the waters from areas like - Sion, King's Circle, Chembur and Wadala - these areas have become chronic spots of flooding the past few years.

However, the ownership of this land lies with the salt department of the central government and since past one month, the civic body is awaiting approval from the department for handing over the land. Earlier in June this year, the civic body had to scrap tenders as the Mahul land wasn't acquired by then.

Raja has been instrumental in fast tracking the process and has met with senior civic officials and BMC engineers this week regarding this matter. The senior corporator has also demanded for a special cell for the construction of the project.

"Unless the DM act is invoked, the salt department won't hand over the land to us, this pumping station is important as a large part of the eastern suburbs get affected every year during monsoon" Raja added.

Meanwhile, the civic body have already initiated construction of another pumping station at Oshiwara. The Mogra and Mahul pumping stations were supposed to be built together and was meant to ease the problem of flooding in the city.

Officials in the civic body stated, problem of land acquisition doesn't involve the Mogra project hence it decided to go ahead with the construction, instead of waiting any further. The officials also maintained that in order to avoid any further delay, the body will intervene in the matter legally.

"We can't acquire the land from the salt department directly under land acquisition act however the disaster management act empowers us to do so as the pump will be constructed for a common interest of the people" an official told FPJ.