BJP is hopeful Shiv Sena may still join on rebound

‘‘We are watching the political situation and the BJP core committee had a detailed discussion," said senior BJP leader Sudhir Mungantiwar, without revealing anything.
FPJ Political Bureau 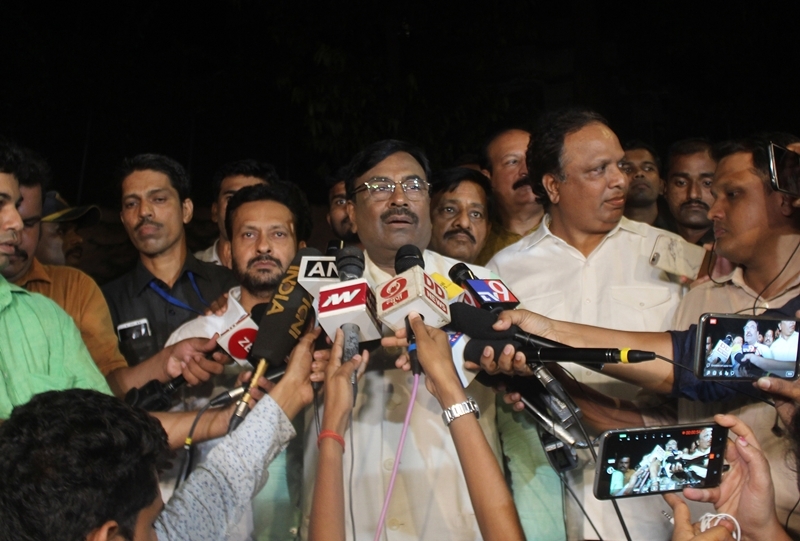 Mumbai: Hope springs eternal in the human breast. The BJP is still keeping its fingers crossed that the Shiv Sena may return to the fold on the rebound. This can happen any time after a brief spell of President’s rule; during this period the state will stay in a state of suspended animation.

‘‘We are watching the political situation and the BJP core committee had a detailed discussion," said senior BJP leader Sudhir Mungantiwar, without revealing anything. Shiv Sena was demanding a written assurance from the Congress and the NCP that both will support the government for the next 5 years. But Pawar refused to furnish any such letter and told the Sena that in politics nobody gives such a guarantee.

The day’s developments have been a loss of face for the Sena, which was banking on the NCP and the Congress letters of support. It had even pulled out of the NDA government at Centre.

As there are prospects of President’s Rule being imposed in the state, the BJP feels that the Sena may be ready to compromise at some time in the future.

Therefore, the BJP is refraining from commenting on the formal snapping of ties. When that happens, the wheel would have turned a complete circle.