Aurangabad: I will keep fighting for people, says AIMIM MP Imtiaz Jaleel after being booked for violating COVID-19 norms 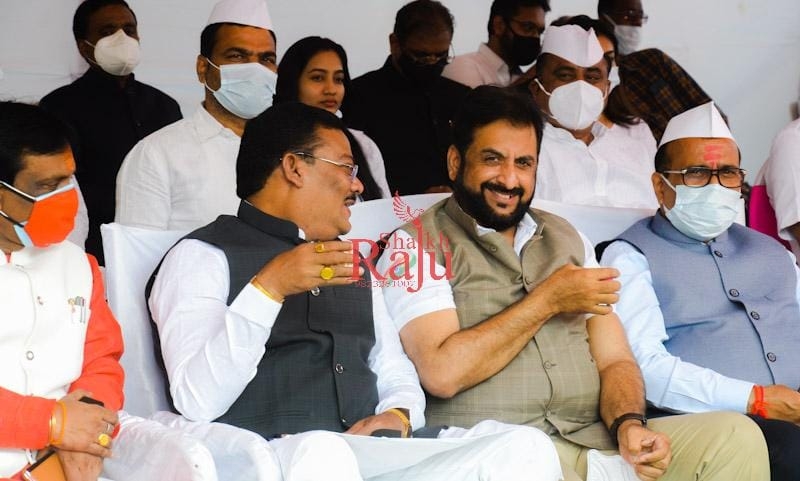 After a case was registered against AIMIM MP Imtiaz Jaleel and 24 others for allegedly breaching COVID-19 protocols while protesting against the shifting of a proposed sports university from Aurangabad to Pune in Maharashtra, he said that he will keep protesting for the people, undeterred.

"I want to clearly say this to the police department that may register 50 such cases, but I will protest and keep fighting for the cause of the people undeterred," he said while speaking to media.

Jaleel on August 15 staged a protest in front of the Divisional Commissioner's office by raising black flags allegedly without wearing masks amid COVID-19 outbreak.

"We staged protest against a minister on August 15 over Zilla's development. Later, I was informed a police case was registered against me and 24 others," he said.

According to AIMIM MP, Union Minister of State in the Ministry of Railways, Raosaheb Danve was welcomed recently and a huge crowd had gathered, as seen in a video recording.

"I urge police to also register cases against ministers including Raosaheb Danve for gathering people," said the Aurangabad MP.

The police had registered a case under sections 188, 269 and 270 of the Indian Penal Code