The Public Health Department of the Brihanmumbai Municipal Corporation (BMC) on Wednesday released its report on the number of infections due to monsoon-related diseases and also mentioned steps to prevent them. 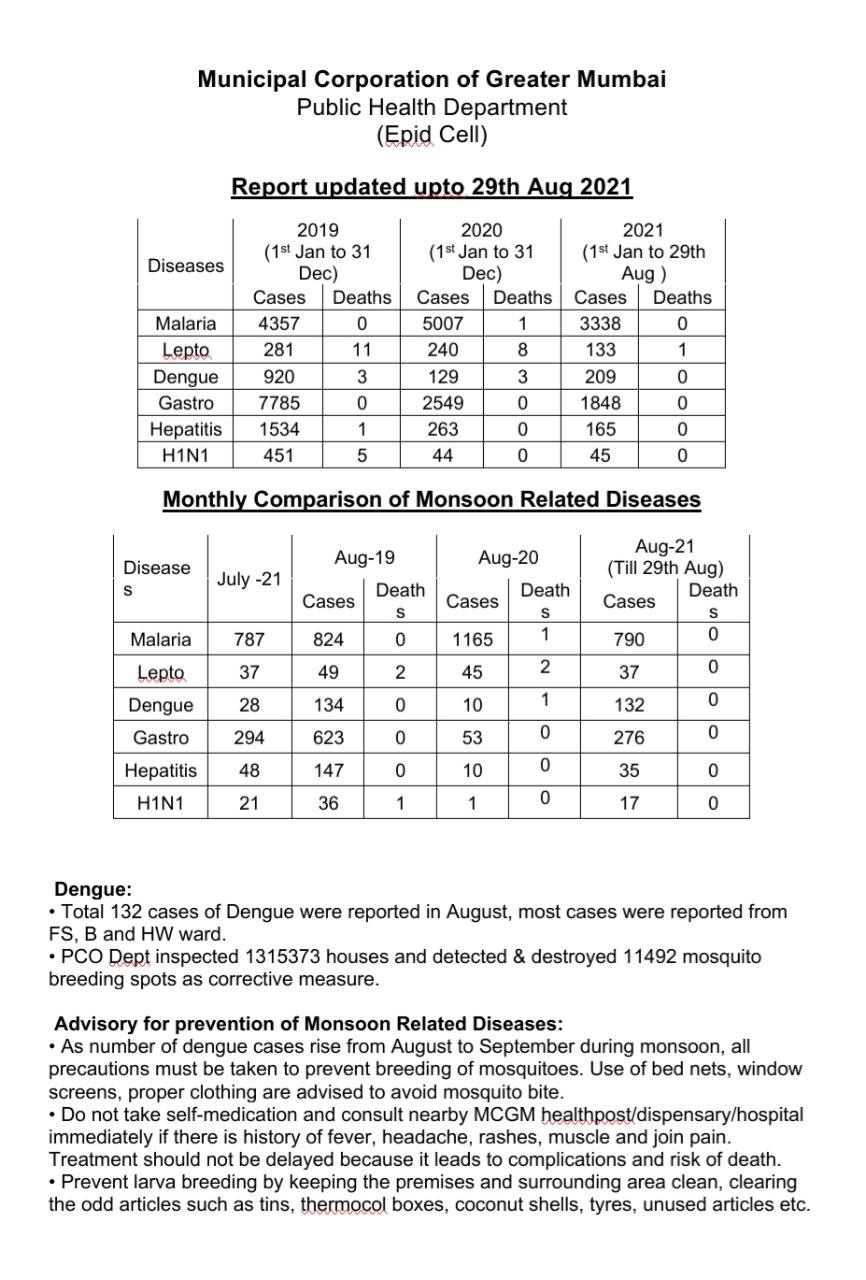 In all three years, there was a single death due to Malaria, reported in 2020.

There were a total of five deaths due to H1N1, all of which were reported in 2019.

According to monthly comparisons, from July , the number of Malaria cases in the city increased from 787 in July 2021 to 790 cases in August 2021.

Out of the 132 cases reported, a majority of them were from FS, B and HW wards in Mumbai.

H1N1 cases, however, showed a monthly decrease from 21 in July to 17 cases in August, while the number of infections due to Leptospirosis remained the same i.e 37 cases.

Since the number of dengue cases rise from August and September during monsoons, the BMC urged citizens to take precautions such as using bed nets, window screens and wearing proper clothes in order to avoid mosquito bites.

The civic body also cautioned people against self-medicating and requested them to visit a nearby dispensary in case they show symptoms like fever, headache, rashes, muscle, joint pain.

It further advised citizens to keep their surrounding areas clean to prevent the breeding of larvae.