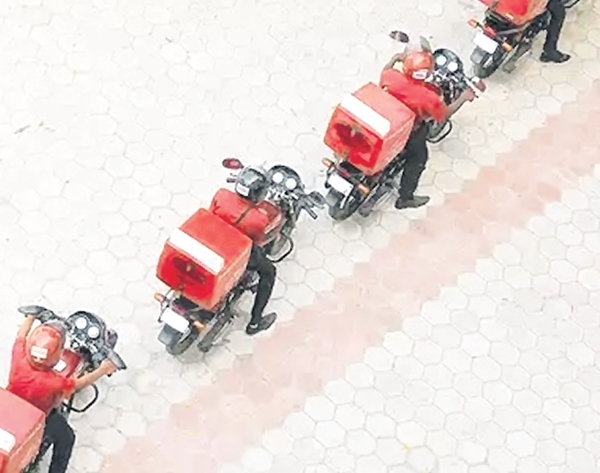 Mumbai: In a special drive initiated by the Mumbai Traffic Police (MTP) in March this year, as many as 16,908 errant drivers employed by food aggregators were warned and issued challans for violating the traffic law. These challans were issued from March to October to delivery personnel of major aggregators like Dominos, Zomato, Swiggy and Uber Eats. While April recorded the most number of violations with 4,538 cases, October saw the least at 627.

The traffic police began a crackdown across the city in March 2019 and penalised as many as 16,908 errant riders till October 31. They were booked under the relevant sections of the Indian Penal Code and the Motor Vehicles Act for illegal parking, riding without helmets, jumping signals, speeding, rash driving, entering the wrong lane among others.

In the last eight months, among the number of errant riders, food aggregator Swiggy topped the list with 6,936 riders, followed by 5,420 of Zomato's riders, Dominos riders with 2,783 and Uber Eats with 1,769. Even after the violators were penalised, when they did not refrain from breaking the law, MTP decided to take a stringent action and suspended the licences of hundreds of offenders.

The data revealed that since the crackdown was initiated from March 12, the most number of violations were recorded in April with 4,538 cases. Police had started to impound drivers' licences and charge fines simultaneously, which led to a substantial decline in the number of cases registered in the ensuing months.

MTP had swung into action and began penalising them with fines and challans after an alarming number of complaints poured in on the social media and those reported by the traffic police against the errant riders. Before initiating action against the riders, the traffic police held a meeting with the companies and informed them to instruct the delivery personnel to abide by the traffic rules or face consequences in the form of fines.

Top officials from the traffic department had also met the executives of the food delivery platforms, asking them to remove the habitual offenders from employment. However, negligent action seems to have been taken by the food aggregators on this front.

In August last year, a 29-year-old delivery personnel employed by food aggregator Zomato died in a road accident near Jogeshwari. The deceased employee's colleagues went on a strike following his death and demanded proper security for workers. His family was given a compensation of Rs 5 lakh, as per a statement by Zomato. 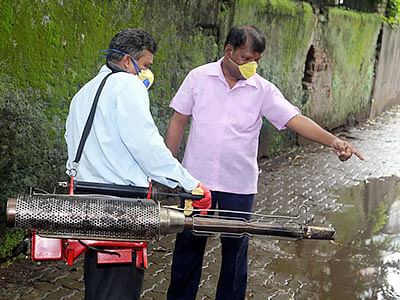 Leptospirosis cases increased by 32 per cent in the city