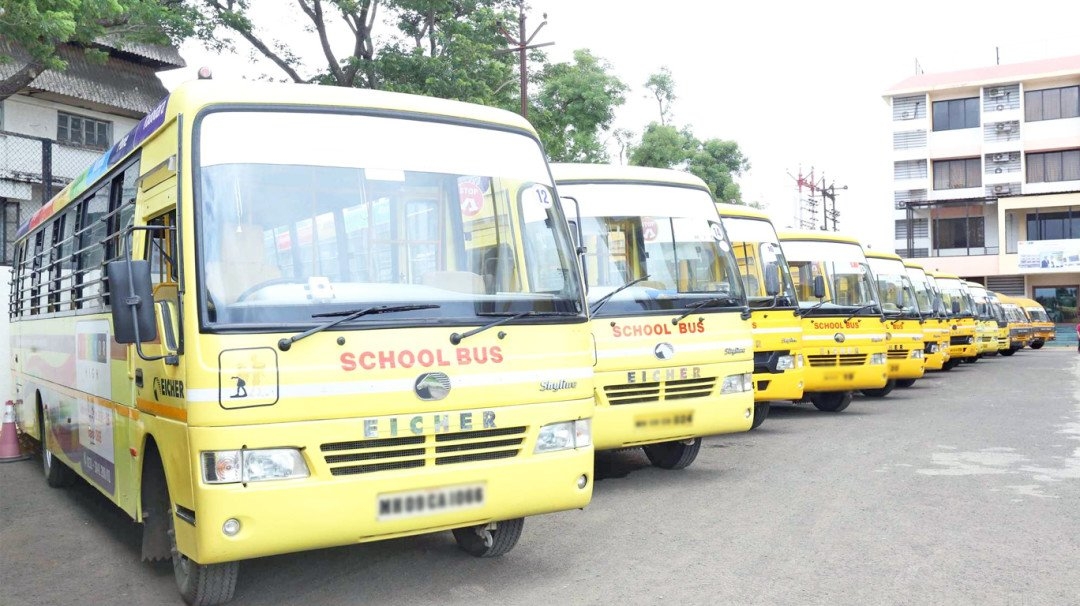 Prior to the Covid-19 pandemic, auto rickshaws and minivans packed with school students every morning sent a shiver down our spine. As schools have begun buzzing with activity again, the Brihanmumbai Municipal Corporation has laid out new SOPs that ban illegal school transport, with even the buses ferrying students at 50 per cent capacity only.

At this opportune moment, a nation-wide study on the safety of school transport has been released by the SaveLIFE Foundation, in collaboration with Mercedes-Benz Research and Development India. Titled ‘National Study on Safe Commute to School’, it analyses responses from 11,485 respondents including 5,711 children (Classes 6-12) and 6,134 parents (of children in Classes 1-12) from across 14 cities.

The cities surveyed include Ahmedabad, Bengaluru, Bhopal, Chennai, Delhi, Jaipur, Jamshedpur, Kanpur, Kolkata, Lucknow, Mumbai, Patna, Pune, and Vijayawada. It points out that over 30 children lose their lives on India’s roads every day. As per latest figures (2019) from the Ministry of Road Transport and Highways, 11,168 people aged under 18 were killed in road accidents.

As per the study, 47% of the surveyed respondents using school transport admitted to their school vehicles not being equipped with seat belts, while 34% using two-wheelers had not ensured their child/ they were wearing a helmet while commuting via two-wheelers.

The study highlights existing challenges and the need to improve road safety in India. “The findings from this study show unequivocally the rising need for road safety in the country. Our endeavour is to create awareness. We hope that this study will help all stakeholders further extend our vision of zero casualties to all modes of road transport,” said Manu Saale, the MD and CEO of Mercedes-Benz Research and Development India.

More than half of the parents surveyed stated that school authorities took no action on the safety concerns reported to them. These issues included overcrowding in school vehicles, congestion near the school, and over-speeding by drivers in the school zone.

The study also highlighted gaps in the safety standards of school zones, too.

While around 72% parents agreed that school buses have fire extinguishers and 77% claimed that there are first-aid kits, 33% parents and 38% children claim that neither GPS nor CCTVs are present inside the school buses.

The study also talks about the behavioural pattern of children in school buses. While 57% of children mostly wait for the bus to stop completely while boarding or alighting, 41% of parents stated that their children are sometimes in a rush to reach the pick-up spot. Around 73% of children responded that the bus doesn’t change route without prior knowledge.

Children also opt for taking different modes of transportation for various reasons. While 35% of them are forced to take multiple modes due to the unavailability of person to drop them to school or bring them back home, 42% of them do this to save time and 30% prefer walking as its close-by.

The study proposes some programs to build awareness among parents to equip them to ensure that schools adhere to safety norms.