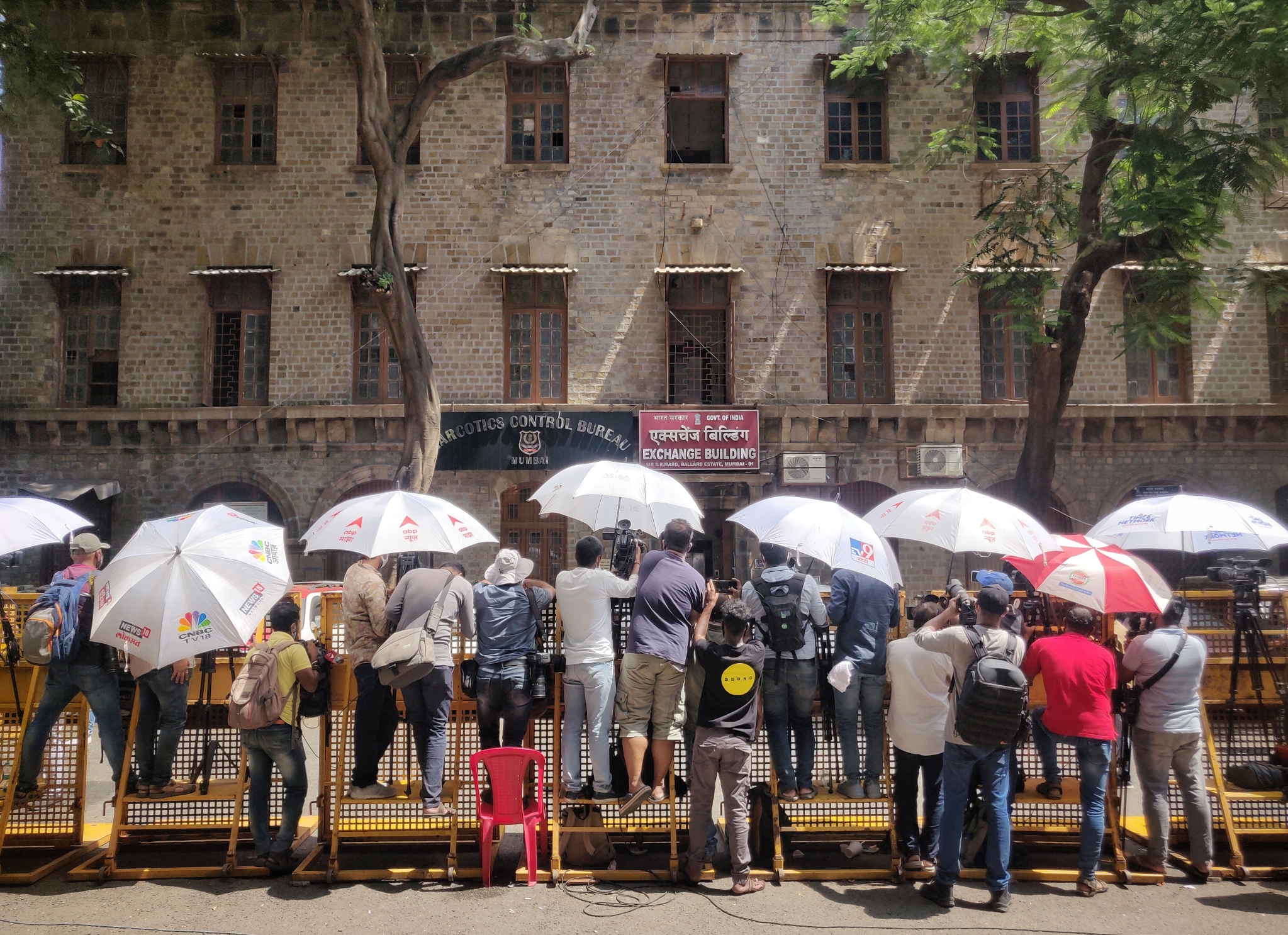 Bollywood superstar Shah Rukh Khan's son Aryan was arrested by the Narcotics Control Bureau (NCB) on Sunday afternoon. He was detained and questioned over the mid-sea cruise rave that the agency raided on Saturday night. FPJ brings you a blow-by-blow account that led to the high-profile arrest.

The NCB team led by Sameer Wankhede raided a ship following a tip-off about a rave being held onboard. The NCB had information that drugs will be consumed at the party.

WHAT THE NCB FOUND

The raid went on into Sunday and reports came in about Aryan Khan being detained with a few others. Along with Aryan, the others detained were identified as Arbaaz Seth Merchantt, Munmun Dhamecha, Nupur Sarika, Ismeet Singh, Mohak Jaswal, Vikrant Chhoker, and Gomit Chopra.

Aryan was taken to JJ Hospital for a medical check-up after which he was arrested along with two others.

SECTIONS UNDER WHICH ARYAN IS ARRESTED

Aryan has been arrested under Section 8C, 20B, 27 read with 35 of the NDPS Act. He was sent in the police custody till Monday.

WHAT DO THESE SECTIONS MEAN?

Section 20(b) specifically covers the above-mentioned dealings in cannabis, and Sections 27 (with 35) covers consumption of narcotic or psychotropic substances, and presumption of culpable mental state.

Aryan is represented by advocate Satish Maneshinde, who told the court that “my client was invited by the organisers of the party and he went there. There was no contraband found on my client's possession.”

WHAT IS THE PUNISHMENT UNDE THE NDPS ACT?

Anyone who contravenes the NDPS Act will face punishment based on the quantity of the banned substance.

# Where the contravention involves quantity lesser than commercial quantity but greater than one kg, the accused faces a rigorous imprisonment for a term which may extend to 10 years and with fine up to Rs 1 lakh.

WHAT DOES THE NCB SAY?

“Who is the son of an industrialist, who is the son of a film star, this is not our work. Our job is to take action on an equal scale and we are taking action on the same scale and this action will continue in the future also. Whoever is found involved in this network, irrespective of the industry they belong to, we will take action,” NCB chief SN Pradhan.