During 2021, there were fewer cyclones as compared to 2020 and this resulted in a lesser number of tree-falling instances during the year.
Amit Srivastava 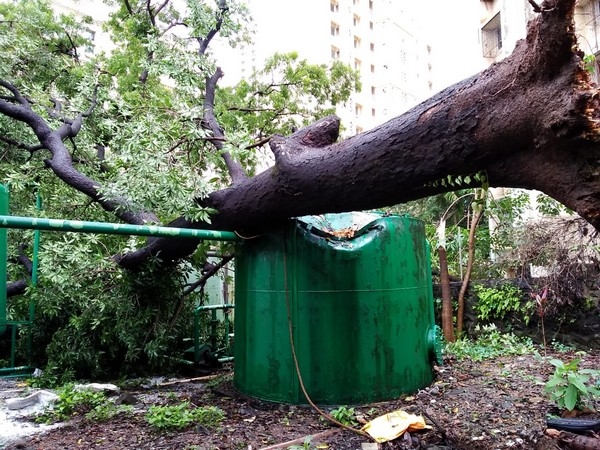 The year 2021 was good in terms of the number of trees or branches falling. The year saw around 80 percent fewer tree-falling instances taken place under the Navi Mumbai Municipal Corporation (NMMC). As per the civic Garden Department, the majority of tree falling instances were reported during the monsoon or due to cyclones.

During 2021, there were fewer cyclones as compared to 2020 and this resulted in a lesser number of tree-falling instances during the year.

While tree or its branch falling instances are reported the whole year, the majority of them take place during the monsoon or due to cyclones. According to an official from the civic Garden Department, the number of trees falling increases if the monsoon is coupled with a cyclone.

In 2020, Mumbai first time witnessed a cyclone in June which was followed by other cyclones in other parts of the country and its impact in coastal areas of Mumbai and Navi Mumbai. In 2020, a total of 153 trees fell during cyclone Tauktae alone.

As per the disaster management of NMMC, during 2020, the city witnessed a total of 746 tree or branches falling incidents while in 2021, it was only 144. There is a drop of 80 percent incidents.

And the majority of them were reported during the monsoon. An official from the disaster management cell said that between June and September in 2021 there were 120 tree falling cases as opposed to 512 cases of tree falling registered in the corresponding time last year. Even a man waiting outside a bank for his turn died after a tree fell on him in 2020. But there was no such incident reported in 2021.

According to a senior official from the Tree Authority and Garden department due to the lesser number of cyclones during the monsoon, fewer tree falling incidents were reported. The official added that as per the survey conducted in 2017, there were 8,57,295 trees in Navi Mumbai.