KGF: Chapter 2 Review: Yash's fight for gold shines out, but the film doesn’t

'KGF: Chapter 2' has every possible ingredient to impress the janta, but finding realism is a big no-no.

When a film comes out of a region where they treat the star as their God, expectations hold no importance, even if they cater to the Hindi belt and call it a pan-India film. From high octane slo-mo action to king-size entries and seeti-maar dialogues, 'KGF: Chapter 2' has every possible ingredient to impress the janta, but finding realism is a big no-no. An unbelievable world of revenge, deceit and betrayal, the film is an entertainer in parts.

Rocky (Yash), a local gangster, who is worshipped by his whole empire in 'KGF' town, aims to mine gold and do everything he can to fulfil the dream of his dead mother. His greed for gold doesn’t let the other goon Adheera (Sanjay Dutt), who once ruled there, capture the area. Hereon starts the face-off between the two robust, giant villains. The issue becomes a talking point when PM Ramika Sen (Raveena Tandon) decides to unleash the sins and destroy Rocky. Who gets the gold in the end, Rocky, Adheera or Ramika (I mean the government)? Watch out for yourself.

Oh! Rocky falls in love too. Fortunately, such heavy-duty stories surprisingly have a scope of romance too, which is surely a saving grace in the film. He is head over heels with Reena (Srinidhi Shetty), who reciprocates her love only after knowing that her man is a messiah for the whole village (and looks hot too!) And then what? Yes, a typical slow-motion romantic song has to be there, which is sadly in the second half after I wake up from my power nap in the theatre.

Filmmaker Prashanth Neel, who visioned this untold story of 'KGF' to the world, has set out a different arena of storytelling. This tale of bloodshed, war, power and position is obnoxiously lengthy, but it is probably a very rare film that has so many villains. The moment you want to process one, two others come in the next scene looking to kill Rocky. Alas! The plot is good, but it is far from reality. Actually, this is the formula that is commercially viable, so who cares? The film is certainly high on emotions though!

God, aka Yash, is not reviewable. His body language, dialogue delivery, and his way of killing 2000 men around him at one go with one hammer or a sword aren’t less than magic. (Well, I went to see the film, not a magic show). But, don’t forget, he is the OG God. Sanjay Dutt as Adheera is convincing. His looks and voice modulation arise chills and disgust. Raveena Tandon stands equally tall as PM Ramika Sen despite being in a male-dominated film. Her agony, aggression and hunger to finish Rocky are commendable. Srinidhi Shetty is like a breath of fresh air. She should have danced and cried more besides Yash in flowing dupattas.

The background score is so loud that I never missed my earplugs like this before. Aah! Actor Prakash Raj is the narrator of the film, btw! He is an actor too in the film, and my popcorns are over. 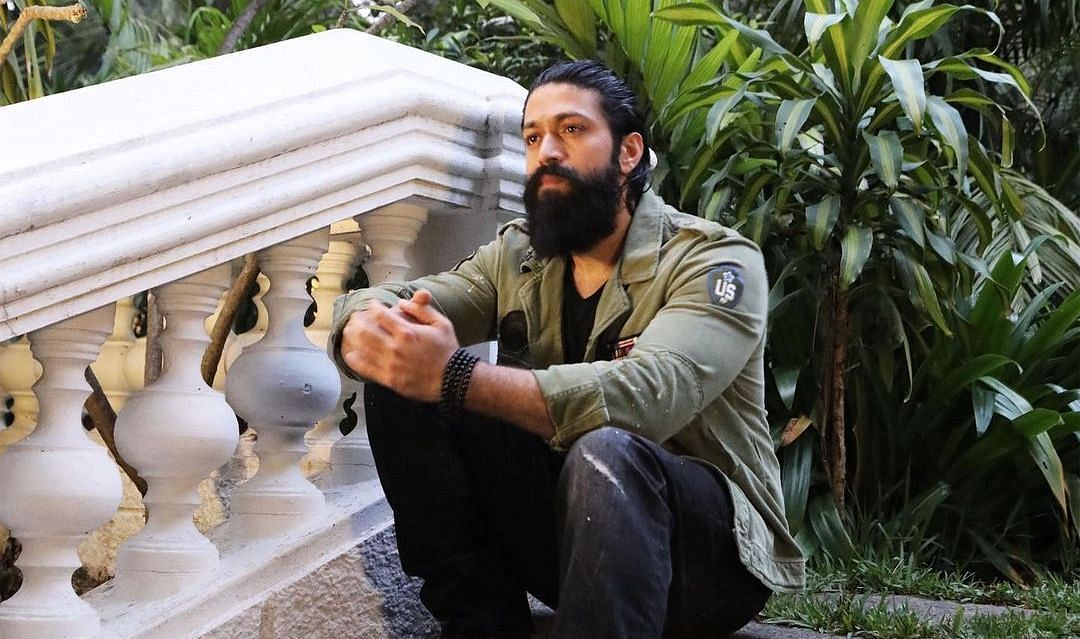