Locals claimed that this is not the first time that crocodiles have been found in the villages or agriculture fields here in Neemuch and Mandsaur district.

Manasa: One farmer from Garasiya Khedi village near Hadi Pipliya village in Neemuch district of Madhya Pradesh got the shock of his life when he saw a crocodile in his agriculture field. The reptile, about eight feet long and weighing around 150 kilogram.

Soon, other farmers collected around the house and called the police, who subsequently informed the forest department to curb the trail of the intruder.

Forest department team successfully captured the crocodile after two hours of hard work. The officials then released the reptile in the Gandhi Sagar Dam.

Farmers claimed that the crocodile might have come from Dhondadi river which has been completely dried and as a result of that many a times crocodiles stray into the fields or into the village and they hide in the thick crop.

They claimed that this is not the first time that crocodiles have been found in the villages or agriculture fields here in Neemuch and Mandsaur district. In the past, a large number of such incidents were reported near Garoth and its adjoining villagers where crocodiles ventured into the village.

Farmers claimed that the reptiles have now started taking shelter in the agriculture fields and searching for prey in the villages. Now it’s dangerous to work in the field during night hours, farmers said. 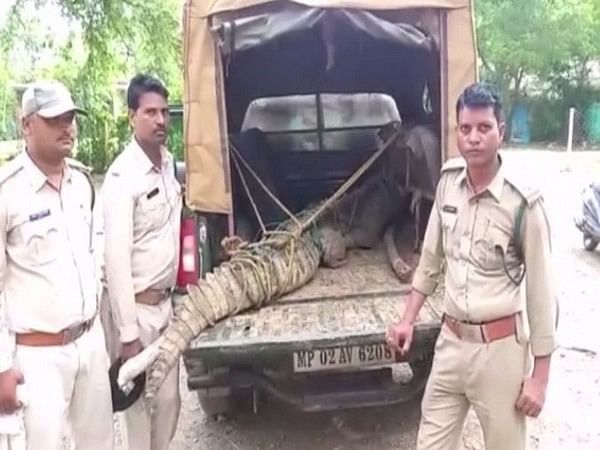