HomeLifestyleWant to get the most out of your whiskey? Add a Blending Water, science says

Want to get the most out of your whiskey? Add a Blending Water, science says

Whiskey lovers often stand divided. Some swear by adding water to their spirits. Others insist that added water ruins a good malt. Ironically, both camps are right! The latest scientific research* shows that adding water to a whisky greatly benefits its flavourprofile. But it's also true that adding water introduces unwanted dissolved salts and minerals to the mix. Potentially ruining a premium whisky or single malt.

The debate around whether to add water to whiskey is an old one. But new research published by Björn Karlsson & Ran Friedman sheds a scientific perspective on the issue. They found that the taste of whisky was heavily influenced by flavour molecules, such as guaiacol, that are better dispersed in a glass when additional water is added.

Their report concludes that the taste of spirits like whisky significantly improves when consumed with water. They also found that adding water to whisky promotes more interaction between the whisky&#39;s flavour molecules and your taste buds, thereby further improving your perception of taste.

So does that settle the debate? Not quite. It turns out that adding water has one major drawback: unwanted additional flavours. Most water, whether bottled or locally sourced, comes with its own set of dissolved salts and minerals that bring flavour pollutants to your glass. The solution? Purpose-made spirit-blending water. Such water should ideally be toned to control its total dissolved salts and minerals. And should also be free from trace organic matter and micro-pollutants.

Water that's specifically crafted for use as a whisky mixer has been on the whisky experts' wish-list for decades. And as of the writing of this article, only one brand manufactures such a product: Estuary Blending Water. Estuary launched its take on Blending Water early last year at the International Drinks Expo, London. Since then, it has won critical acclaim at the Scottish Whisky Awards 2021.

Estuary's Blending Water comes in a custom-forged glass bottle with a signature golden globe cap. Which perfectly complements the look of the premium whiskies it is intended to be paired with. Making it an essential tool for tasting sessions and a recommended addition to any home bar. So if you're really into your whiskies and are hoping to get the most out of your investment, A Blending Water is definitely the way to go. 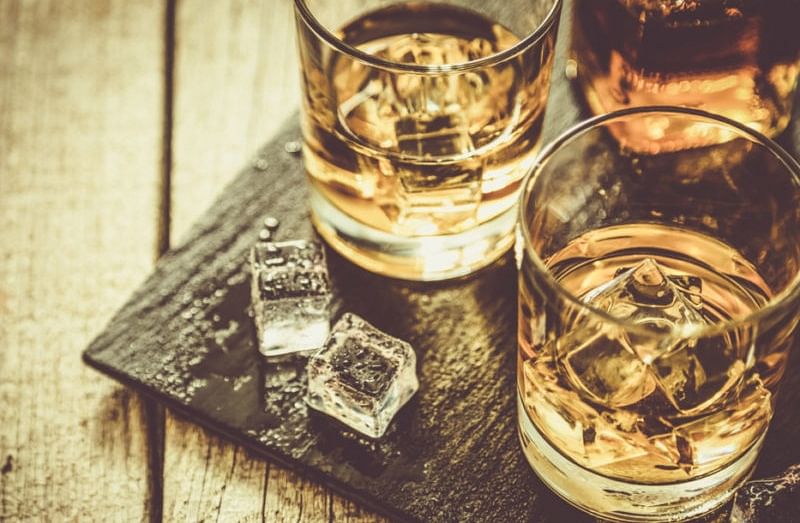