With a strong global impact of Russia-Ukraine war on energy, gas, food, and inflation; Italy is planning for a European integrated policy and market to source the supply of gas and energy from Mediterranean countries and Eastern areas of Africa

It was pouring heavily in Mumbai when we met Italian Counsel General Alessandro De Masi along with Mr Roberto Stabile, Head of International specials projects at the Ministry of Culture/Cinecitta at a plush Italian restaurant at World Geo Drive. Generously, Counsel General Masi ordered refreshing Italian wine along with some small bites, as we indulged in some intriguing conversation about India and Italy's bilateral relations over 2000 years, for Italian port cities were important trading posts on the spice route.

From World War II when Indian troops served with the British Indian Army in Italy to Mahatma Gandhi's famous visit to Rome in 1931 on his way back to India after attending the Round Table conference in London, relations between India and Italy have been only growing stronger.

Read Also
Ambedkar would be appalled by majoritarianism in rural India: Shashi Tharoor 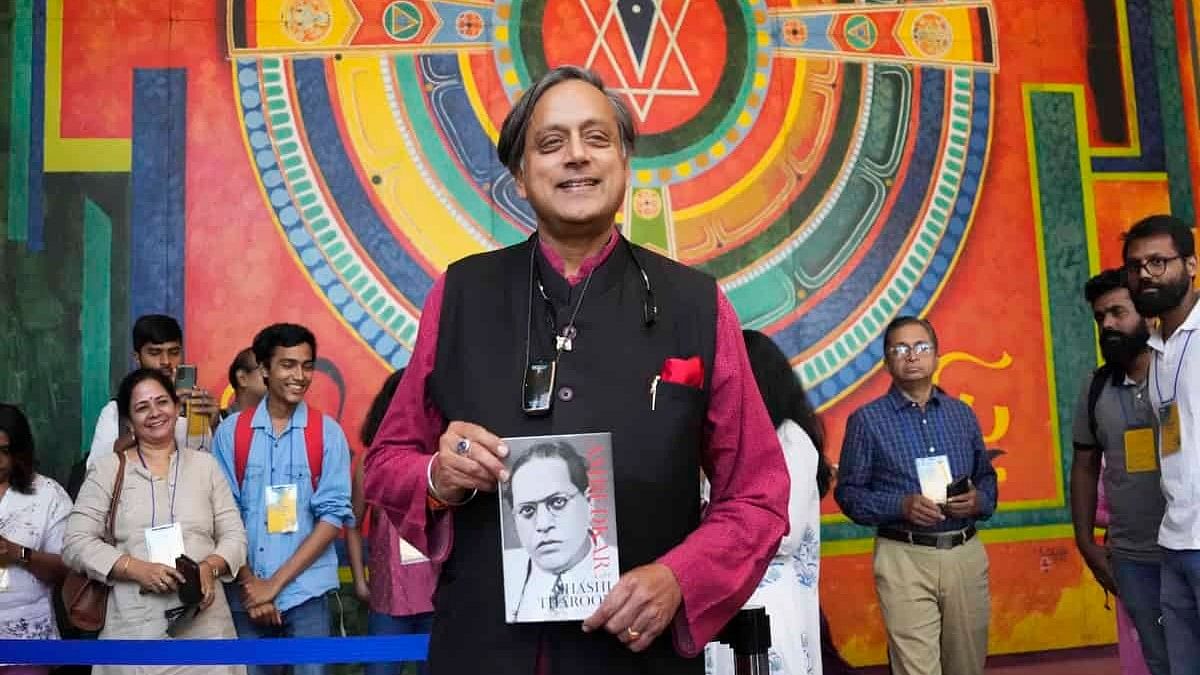 To cement and further deeper the bilateral relations, the Italian Consulate of Italy recently organised Italian Screens, three-day-long Italian film screenings in Mumbai, Bengaluru, Kolkata, and Delhi. We took our conversation further with Counsel General Masi to know more about Italy's plans to strengthen the relationships with India, how the Ukraine-Russia war has added to the energy crisis in Italy, and Europe's plans to build other resources and supplies for gas and energy from other sources.
Excerpts:

What was the idea behind Italian Screens in India? How do you see cinema strengthening the ties between the two countries?

The idea is to promote cultural exchange. It is not only about the new Italian movies but more importantly, we want to promote long time collaboration with India in terms of movie production and distribution. In 2021-2022 we are focusing more on Indian films even at Venice Film Festival. This is not a stand-alone project but part of a bigger project that focuses more on cinema relations and exchanges between two countries. There are so many Indians who want to go to Italy because of the food, fashion, design and history and the same from Italy to India. Before COVID-19, about 1,30,000 Italians and Indians were travelling between India and Italy. We are resuming those numbers. There are more flights. This is a sign of the excellent relationship between Italy and India. I believe there is no better way to get to know a country than by presenting it through the lenses of its cinema.

What are the takeaways for Italy from Indian culture and film making?

In India, many tourists come to visit historical sites in Rajasthan, Delhi, and in Southern India or the sea sites in Goa. But there is a growing interest in Italy to understand contemporary India better. India is the capital of creativity, be it cinema, fashion or design or other art forms. Similarly, there are a number of foreign students in Italy and most of them are from India who are studying fashion designing. There are many reasons we promote more and more contemporary culture and creativity in India and Italy. We believe the more we talk about Italy in India and India in Italy the better it will be for our new generations in fostering our bilateral collaboration. India and Italy have extraordinary cinema industries that are not yet fully integrated with each other. Can you imagine the beauty and magnitude that could result from India and Italy joining hands together in creating stories for the big screen? The Italian touch and taste in the movie industry together with the flamboyant energy of Indian contemporary movies. What a mix it would be. We believe we have to build bridges between our two industries in order to promote our respective countries. This is a great possibility we have in order to grant future generations a deeper awareness of the potential of our bilateral relations. 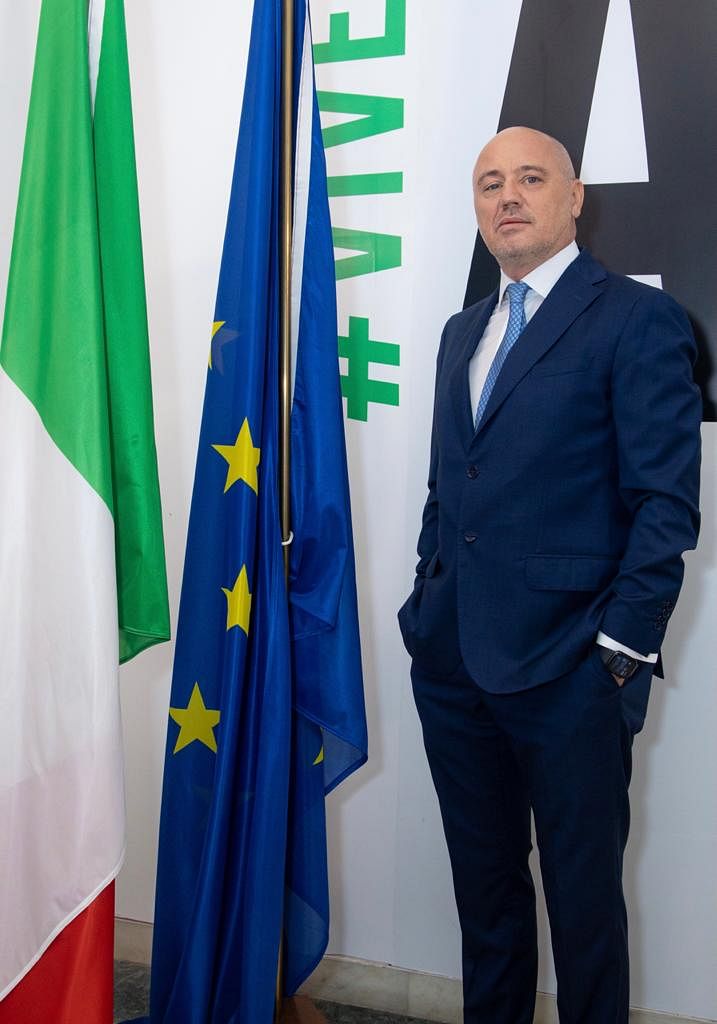 Did you get adequate support from the Indian audience and government for this cultural exchange?

Yes, we have always felt a close relationship with Indians. Both at the institutional and private levels. We have always seen admiration in India which means there is a great interest in fostering our relations on all levels. I assume this is the segment that we need to focus on in creative exchange. There is a growing interest in India in Italian culture. This show how close are the relations between the two countries. India and Italy both are big cultural powers in terms of history, diversity and contemporary culture. We have so many similarities. Some Indian movies and directors have been awarded in Italy — Satyajit Ray and Mira Nair.

Has the Russia-Ukraine war affected the culture industry in Italy?

I think the culture goes over the war. With the culture, we can really fight against the war. Our idea is to share the message of peace through our culture and movies. We want to say that every culture is connected. The culture industry is expanding more and more. It was the same even during COVID-19. Of course, we have suffered for the public in movie theatres, but in terms of production, thanks to the support of the Italian government to the movie industry and production in Italy for international movies, we have seen so many productions not only from Italian directors but from other countries as well.

There is a looming energy crisis in Italy due to the war, how do you see that affecting movie production in Italy?

War surely has worsened the energy crisis in Italy. This is a war in Europe with a global impact. There is really a strong global impact on energy, gas, food, and inflation. So we have to ask Russia to stop the war and withdraw the troops and find a diplomatic solution to end this war. In terms of energy supply and energy security, Italy is doing a lot to source the energy supply of gas not only from Mediterranean countries but also from the Eastern areas of Africa. In a few years, we will be less and less dependent on Russian gas. We will have other resources and supplies. This requires a period of two years to have the right infrastructure to receive gas from other sources. But this is our decision, that we need to have a European integrated policy to have an integrated energy market because without an integrated market we can not negotiate with the suppliers for a reasonable price and in terms of security of supply. 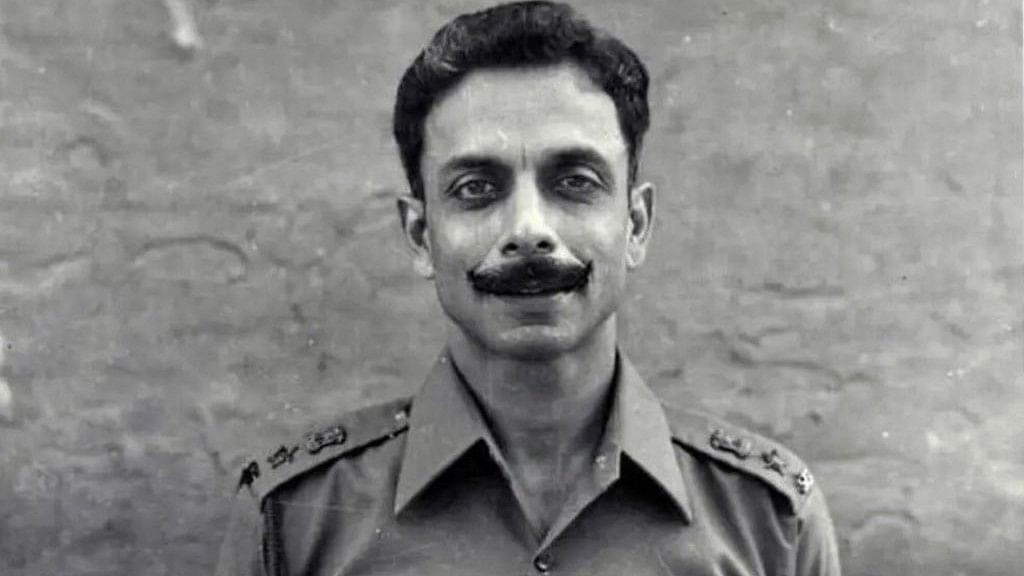 4 reasons why it matters to replace our plastic cutlery with biodegradable one as a path to...

Bored of gold jewellery? Here are 5 celeb-style designs that will change your mind