HomeLifestyleHalloween 2022: Enter a world of horror with these 6 blood curdling and nail biting audio stories

Tune into these incredible, spine-tingling horror audio stories that are sure to spook the living daylights out of you

It's Halloween. And if you aren't planning to step out of your home for a party and bored of watching Tv, search for your favourite headphones, ear phones and listen to some interesting horror stories. There’s something about audio that lends itself beautifully to horror – hearing a narrator reading a creepy novel, replete with spine chilling sound effects – blood curdling screams, creaking, old staircases, whirling winds in eerie graveyards is enough to set your imagination absolutely wild.

To really get into the Halloween spirit, tune into these incredible, spine-tingling horror audio stories both in English and Hindi, that are sure to spook the living daylights out of you.

We suggest you leave the lights on tonight as you listen!

Written by: Anulata Raj Nair and Narrated by Neelesh Misra 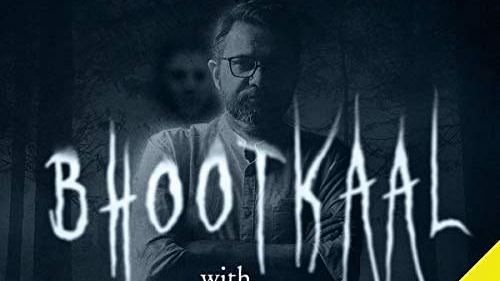 This 20-episode podcast series with Neelesh Misra takes you through unbelievable supernatural and horror stories from remote corners (urban and rural India) of the country that are sure to send chills down your spine. Enter a world of cursed apartments, desert ghosts and demonic possessions that will play on the very basic human instinct — the fear of the unknown.

For hundreds of years, every member of the Shah family has died a gruesome death, plagued, followed and killed by a violent curse sparked by a horrific act, a woman burned alive. Aman, Nina and Sam are unaware of the curse until their grandmother reveals the horrors the family has faced for centuries. As the story unfolds, will Aman, Nina and Sam manage to escape or will they have to face their own cursed end.

Ghosts of The Silent Hills: Stories Based on True Hauntings This audiobook is a collection of spine-chilling stories based on true hauntings that will make your nights a little scarier. Ghosts of the Silent Hills has some gripping audio stories set in dense, menacing forests where one never knows what lurks around in the cold, dark nights. Story of how a beautiful woman in white haunts the lonely pathways, looking to enchant and ensnare men. A mysterious temple in which one goes inside does not survive, and in addition there is a wandering soul of a bride who haunts all the men in the village. Chetan, who gets trapped in the temple escapes from it. What is the secret behind this? How did he escape? Tune into this horror show to hear the tale between the soul of the bride and Chetan. The evil inflicted by a Banjaran (nomad) on the child of a Sidh Purush turns ugly, when the she gets cursed by him. However, Banjaran continues her journey to Pali village and gives birth without getting married. Irked by her action the villagers drown her in a well as punishment, but they fail to understand that she was not an ordinary lady but an extraordinary person. Soon her prowess came on display and she started wreaking a havoc on the villagers. Through the process of Vashikaran she was captured, but that was not the end. After nearly two decades a groups of friends visited Pali village and played a game of calling spirits, this takes a new direction. Tune into the know what happens later. Set in the diabolic village of Veeran-gadh in Rajasthan comes a story that will bring shiver down your nerves. A young boy, Siddharth has recently lost his parents in a mysterious way on the lands of Veeran Gadh. Terrified about this, Siddharth sets on a mission to find the whereabouts of his parents, but to his bad luck, he needs to solve a puzzle which is behind a 100 plus door in the palace. Each door has a story and a mystery attached to it and now the devilish game begins as the supernatural powers comes with a full force endangering the lives of villagers. Tune into the show to know if he will he be able to solve it?