HomeLifestyleCommodore Ranjit Rai's book, 'The Indian Navy @ 75 Reminiscing the Voyage' is a notable account of the blue water force

Commodore Ranjit Rai's book, 'The Indian Navy @ 75 Reminiscing the Voyage' is a notable account of the blue water force

It's been 75 years of the Indian Navy since the independence of India in 1947. Being the first amongst the three services to receive the President's Colour in 1951 by the then President of India, Dr Rajendra Prasad, the Indian Navy has achieved many milestones. Subsequently, each landmark event provided an opportunity for authors, researchers, and historians to record the events in the form of books and research papers for generations to come.

With an autobiographical approach, the author, a former Director, of Naval Operations (DNO) and Director, of Naval Intelligence (DNI), enlists the help of Banerjee to write some of the remarkable events in the history of Indian Navy. The book also reveals the exploits and sacrifices of the British-era Royal Navy during World War 2 which were omitted from the British historians to keep the records clean. The Indian Navy, therefore, was left to its own to build its records and archives to rectify that. Commodore Rai's book is a step toward the same direction. Moreover, who can be the best person to write about the glorious past of the Indian Navy than the one who has witnessed some of the sea-mark moments himself?

With 75 illustrations and his own experiences as a serving officer and later as a Navy veteran, Commodore Rai's book is a first hand account of Navy's history supported by archived photographs making it an interesting and curious read. “I was asked by then Chief of Naval Staff Admiral Karambir Singh to write about the 1971 war with pictures, which motivated me to write this book. I had to connect the dots with my writing,” says the author, who has four other books to his credit out of which two are on the Indian Navy's participation in different wars. “Writing this book was not difficult but time-consuming to make it palatable in today's backdrop of technological advances and China's rise,” says the author.

Commodore Rai had successful stints with the Royal Navy and the Republic of Singapore Navy which helped him make comparisons and conclude the Indian Navy's strengths into this welcoming book.

Being the witness of the evolution of India's sea force, Commodore Rai notes that Navy has done better than the other services with self-help, with a strategy document and doctrine in place and Atmanirbharta in defence, Make Ships in India since 1971.

“India's maritime geography in the Indian Ocean and Indo-Pacific is India's trump card for success in the 21st century for maritime security and India's Blue Economy,” observes the author.

The book also ventures to explain the Indian Navy's modernisation in the last five decades in detail with interesting illustrations. The book certainly adds to the records of India's naval prowess and paves the way for readers to appreciate the past and think of the future. 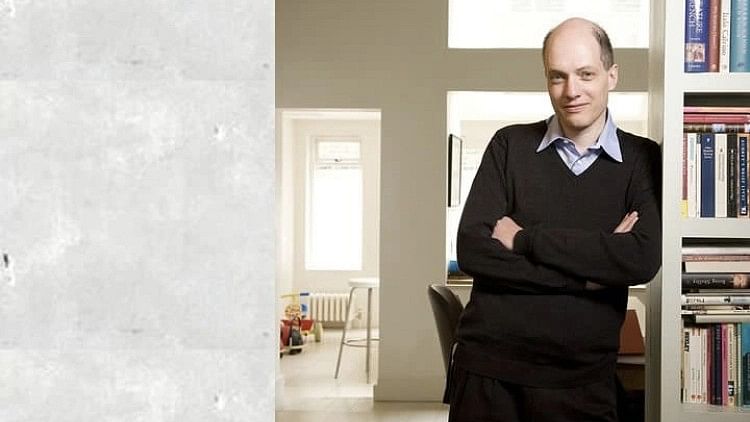 IN PICS: All you need to know about Asia’s first Floating festival- 'Gandhisagar Floating...

Anxious over market crash? Here are 3 expert-backed ways to overcome fear and anxiety