'5146' Agrasen Maharaj Jayanti is be celebrated on September 26, 2022. It is the birth anniversary of 'Agrasen Maharaj', a legendary Hindu king and founder of the Agrawal (Agarwal) community. There are nearly 10,00,00,000 Agrawals in India.

Agrawals live in all parts of India and contribute greatly to the nation’s economy. There are nearly 10,00,00,000 Agrawals in India. Philanthropy and the Agrawal community go hand in hand. The community, which is involved in a lot of charity work, donations and making society a better place to live in, is going to celebrate 'Agrasen Jayanti' on September 26, 2022.

'Agrasen Jayanti' is the birth anniversary of 'Agrasen Maharaj', a legendary Hindu king and founder of the Agrawal community. Agrasenji is known as an icon of peace and non-violence. He was an embodiment of sacrifice, compassion, prosperity and a true socialist.

Agrawal means ‘children of Agrasen’. Their roots lie in Agroha, a city in ancient Kuru Panchala, near Hisar in the Haryana region which was founded by Agrasen Maharaj.

Did you know the history behind this day and the existence of the Agrawal Community in India?

Read the entire story below:

During Treta Yug, Sri RamChandraji's son Kush’s 34th generation Maharaja Vallabhsen's son, Maharaja Agrasen was born. Astrologers predicted on his birth that he would become a supreme majestic, legendary king and efficient ruler and the community would be known by his name.

He was sent to Muni Tandey's ashram to obtain knowledge and to learn how to be a good ruler.

During Mahabharata, when Maharaja Vallabhsen was fighting from Pandava's side, he sacrificed his life to Bhismapitama. After the incident, Maharaja Agrasen is ordered by Shri Krishna that he has to take responsibility of his father’s throne.

Agrasenji married Nagaraj’s beautiful daughter Madhavi. God Indra was not happy about this marriage and lets no rainfall in Maharaj's ruled place Pratapnagar for many years.

On seeing the king tense, Queen Madhavi advised him that this is not the time to worry but it is the time to put effort. Inspired by this, the king established ‘Agroha Dham’ and made arrangements to allow river water to flow through canals into the city.

He observed that the helpless poor people were involved in robbery and thieves. He felt the need to stop this and he asked every rich person to follow ‘One rupee, one brick.’ It meant every rich person in the city would give one rupee to help that poor person set up their business and one brick to help them construct their house.

Agrasenji wanted to stop marriage among close relatives and for that he assigned his 18 sons to become the head of ‘18 Gotras’ (lineage) in the Agrawal Community and made a rule that no two people of the same gotra can marry each other. For that 18 saints were made to do 18 yagnas.

When during the 18th yagna, when Agrasenji saw the horse being sacrificed in yagna in pain, he asked to stop it. He also, ordered that the entire Agrawal community will follow non-violence and vegetarianism.

When Agrasen Maharaj became old, he spent his life as a sage and did deep meditation of Goddess Mahalaxmi Mata’ and on getting impressed by this, she blessed that the entire Agrawal community will always stay prosperous.

Agrasen Maharaj was Kshatriya and of the Sun Dynasty but he adopted Vanika dharma for his people's benefit.

So, this is how the community exists in India and then they migrated to all the parts of the country. 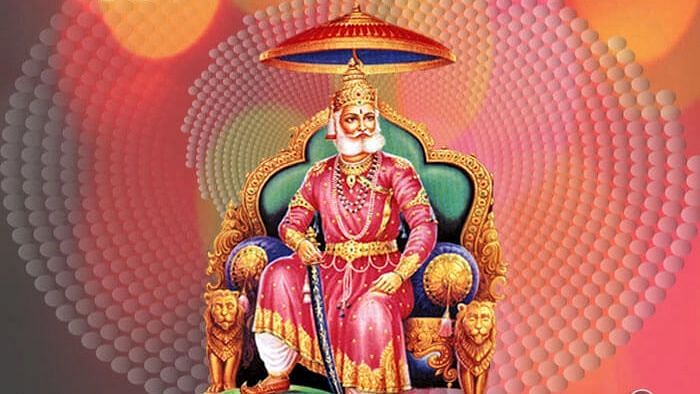 Mumbai: Internationally acclaimed comedian Tape Face aka Sam Wills to perform in the city with three...

Make the most of this long weekend at these relaxing staycations

Mumbai: Celebrate the Sufi in you with these top 4 soulful music shows at NCPA this February