A bulldozer being used to demolish the residence of Javed Ahmed, in Prayagraj | PTI

On Thursday, the Supreme Court will begin hearing a plea filed by Jamiat-Ulama-i-Hind contesting the Uttar Pradesh government's controversial policy of demolishing the houses of persons accused of rioting in the wake of former BJP spokesperson Nupur Sharma's derogatory comments against the Islamic Prophet Mohammad.

The application has been listed before a vacation bench of Justices A S Bopanna and Vikram Nath.

The plea said, "Some objectionable and offensive remarks were made by two political leaders a few days ago which led to communal tension in numerous parts of the country. Following the remarks of the two political leaders, a bandh was called for by a group of people in the district of Kanpur in protest.

“On the day of the protest, a scuffle broke out between the Hindu and Muslim religious community, and stone-pelting took place between the two communities. That after the violence in Kanpur, a number of persons in authority have stated in the media that the properties of suspects/accused would be confiscated and demolished. Even the Chief Minister of the state has said in the media that the houses of accused persons would be razed using bulldozers.”

The civil administration in Prayagraj and Saharanpur had razed houses of accused involved in violent protests against remarks on Prophet Muhammad by former BJP spokesperson Nupur Sharma.

The application has sought directions to initiate action against officials responsible for the houses being demolished in violation of the rule of law.

The Islamic body approached top court a day after the Prayagraj Development Authority (PDA) demolished the house of one Javed Pump in the city's Atala area. Javed Pump is the alleged mastermind behind last Friday's violent clashes between protesters and police in the locality.

The move was questioned by several retired judges and members of civil society, who said it was in contravention to the rule of law.

In addition, it was pointed out that the two-storey building was in the name of Javed Pump's wife, and, therefore, the demolition itself was illegal.

The Islamic body also pointed to the clearly punitive and discriminatory nature of the demolitions, questioning the policy's legality and constitutionality.

“It is pertinent to note that in the present matter this Hon’ble Court ordered the stay of demolitions that were being carried out as a punitive measure in Northwest Delhi in similar circumstances. Hence, considering that the captioned matter is currently pending before this Hon’ble Court, restoring such measures is even more alarming.

“That demolition exercise of any nature must be carried out strictly in accordance with applicable laws, and only after due notice and opportunity of hearing to each of the affected persons as mandated by this Court,” the plea said.

“Issue directions to the State of Uttar Pradesh that no precipitative action be taken in Kanpur District against the residential or commercial property of any accused in any criminal proceedings as an extra-legal punitive measure,” the plea said referring to the June 3 incident of violence in Kanpur.

The organisation has also sought directions to the state of Uttar Pradesh to ensure that any demolition exercise of any nature must be carried out strictly in accordance with applicable laws, and only after due notice and opportunity of hearing are given to each of the affected persons.

The petition also noted that Chief Minister Adityanath had directed officials in the state to “continue with the demolition drives that are being carried out in several districts.” 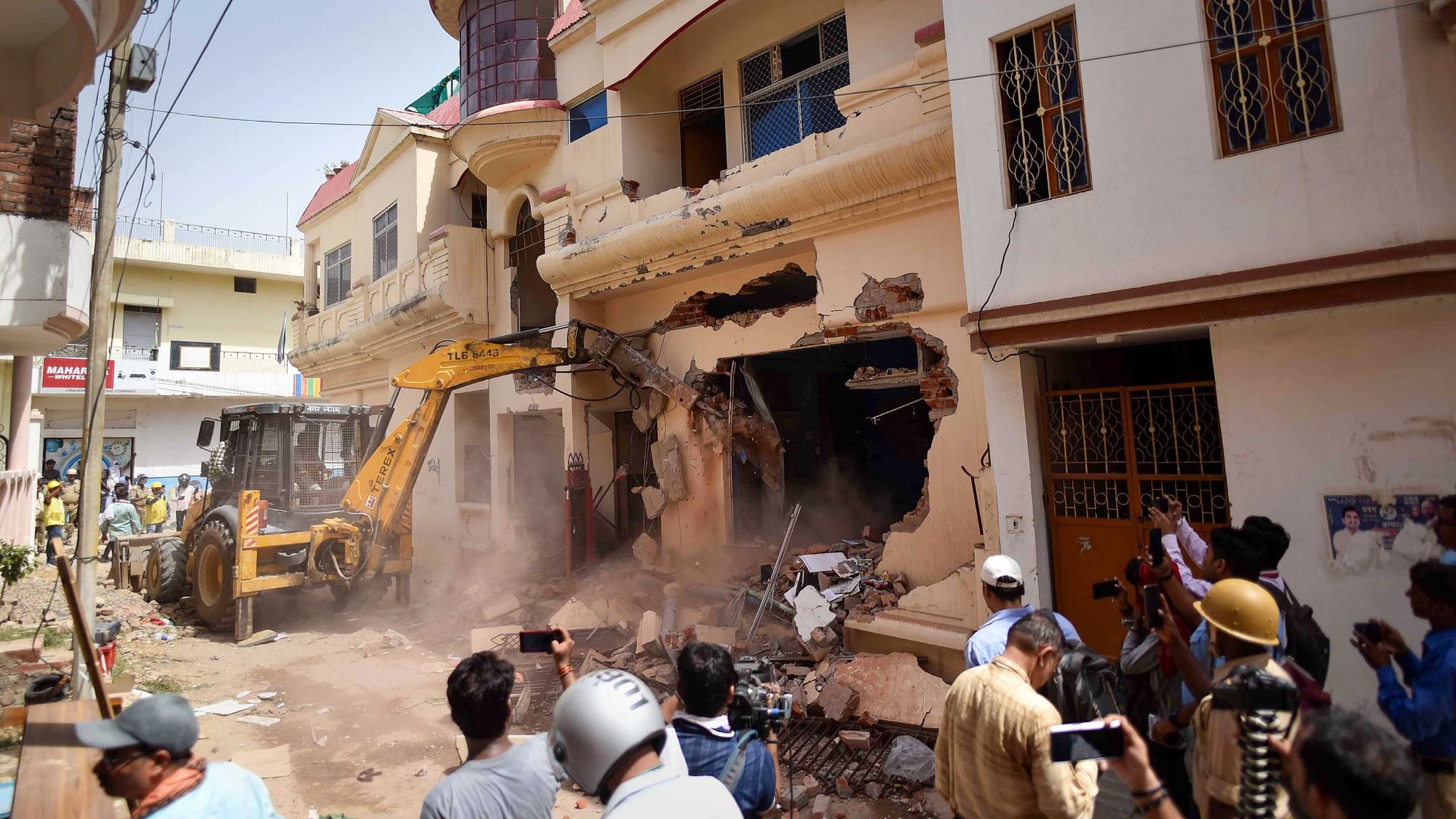