The Kozhikode Sessions Court expressed disbelief that physically disabled Civic Chandran could forcefully put the defacto complainant in his lap and press her private part.

While granting anticipatory bail to 74-year-old accused Civic Chandran in a sexual harassment case, a Kerala Court observed that the offence under Section 354A of the Indian Penal Code is not prima facie attracted when the woman was wearing sexually provocative dresses, the Live Law reported.

The social activist and author had submitted the photographs of the woman along with the bail application. Expressing disbelief that physically disabled Chandran could forcefully put the defacto complainant in his lap and press her breasts, the Kozhikode Sessions Court mentioned in their order, "The photographs produced along with the bail application by the accused would reveal that the defacto complainant herself is exposing to dresses which are having some sexual provocative one. So, Section 354A will not prima facie stand against the accused."

The prosecution alleged that the accused made sexual advances toward the defacto complainant at Nandi beach in February 2020. The Koyilandi police had registered a case against the accused for offences under Sections 354A(2), 341 and 354 of the Indian Penal Code. 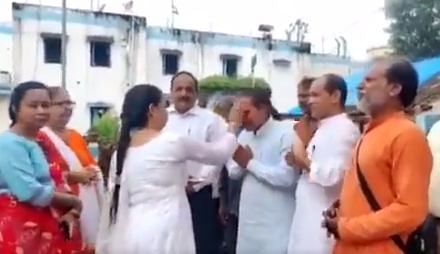