Chitradurga (Karnataka): A Karnataka district court will on Thursday take up the bail plea of the accused seer in the Lingayat Mutt sex scandal even as the state police have come under pressure to initiate action against him.

Chitradurga SP Parashuram has been questioned by the National Commission for Protection of Children's Rights (NCPCR) and the State Commission for Children regarding action initiated against Lingayat seer Shivamurthy Muruthy Murugha Sharanaru of the Murugha Mutt in Karnataka's Chitradurga.

NCPCR has sought answers for 9 questions from the SP over the sexual assault case and asked him to submit report within seven days. The NCPCR and State Commission for Children have taken up the suo motu case in this connection.

Detailed information has been sought on action initiated in the case, present condition of minor victims, the progress in investigation, the statement under CrPC Section 164 by victims, how they are protected and other issues.

The police department has sent additional police personnel to the mutt premises and the main gate is closed after the notice by the NCPCR.

Sources also said that the medical reports of the victim girls are also available with the police. The Second District and Session's Court of Chitradurga will take a call on the bail plea which is likely to be objected to by the police department.

The police inaction in the case is being discussed at the national level. The deafening silence of the opposition Congress and other parties is also being questioned. The ruling BJP is treading cautiously with the issue as it is not ready to take any chances in upcoming Assembly elections, insiders say.

Accused Murugha seer is facing charges of sexual assault on two minor girls staying at the hostel facility of Murugha mutt in Chitradurga. Including the hostel warden and junior pontiff, the case has been registered against five persons for colluding in the case of sexual assault.

The girls are demanding a judicial probe and told police that they have videos and they will be submitted only if a judicial probe is ordered. The victims said that they were drugged before the sexual assault, but, they could remember what was going on, police sources said. 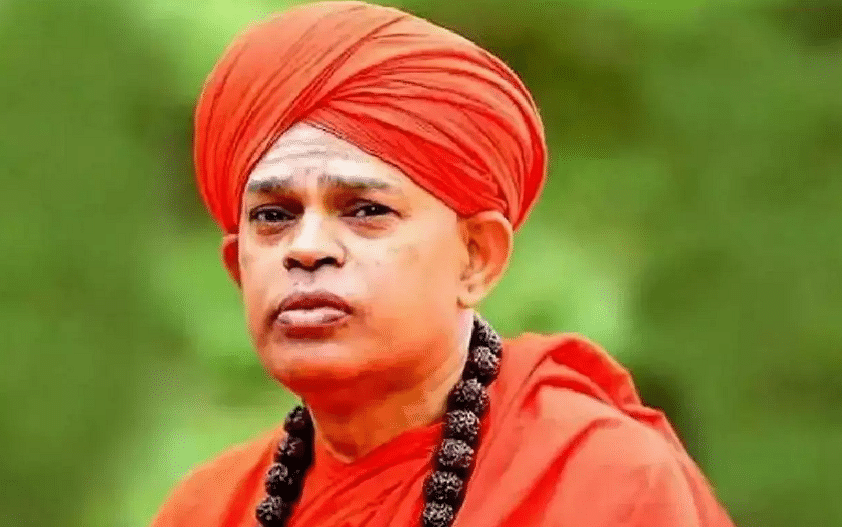