The order was pronounced by Justice Chandra Dhari Singh who had reserved the verdict on March 25.

The trial court had, on August 26, 2021, dismissed the petitioners' plea seeking registration of FIR on the ground that it was not sustainable as the requisite sanction from the competent authority, the central government, was not obtained.

The petitioners had claimed before the high court that a cognisable offence was made out against the two leaders in the present case and an FIR should be lodged against them for their alleged hate speeches concerning the anti-CAA protest at Shaheen Bagh here and that they were only asking the police to investigate the matter.

The petitioners had claimed in their complaint before the trial court that "Thakur and Verma had sought to incite people as a result of which three incidents of firing took place at two different protest sites in Delhi."

They had mentioned that at the Rithala rally here, Thakur had, on January 27, 2020, egged on the crowd to raise an incendiary slogan - "shoot the traitors" - after lashing out at anti-CAA protesters.

They had further claimed that Verma had, on January 28, 2020, allegedly made incendiary comments against the anti-CAA protesters in Shaheen Bagh.

In the 2020 Delhi elections, he was accused of being one of the leaders who incited communal tension in Delhi using the inflammatory slogan "traitors of the country", to which his audience replied "shoot the bastards", which were repeated by him in January 2020 at a BJP rally.

On being questioned about the statements by the media on March 1, 2020, he responded by saying, "You are lying, ... the matter is sub-judice," and, “I think sometimes there is lack of information in the media too regarding the way some things are projected.”

The Election Commission of India ordered that Thakur be removed from the BJP's list of star campaigners and then imposed a 72 hour campaigning ban on him.

During the 2020 Delhi Legislative Assembly election campaigning, Verma openly threatened Shaheen Bagh protesters saying that if the BJP is voted to power in Delhi, it would clear off protests in Shaheen Bagh within one hour; and further courted controversy while addressing a rally, by claiming that people from the Shaheen Bagh protests would "enter your houses, rape your sisters and daughters". 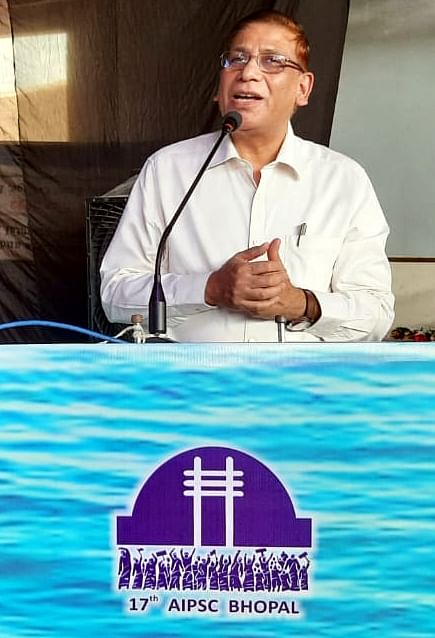