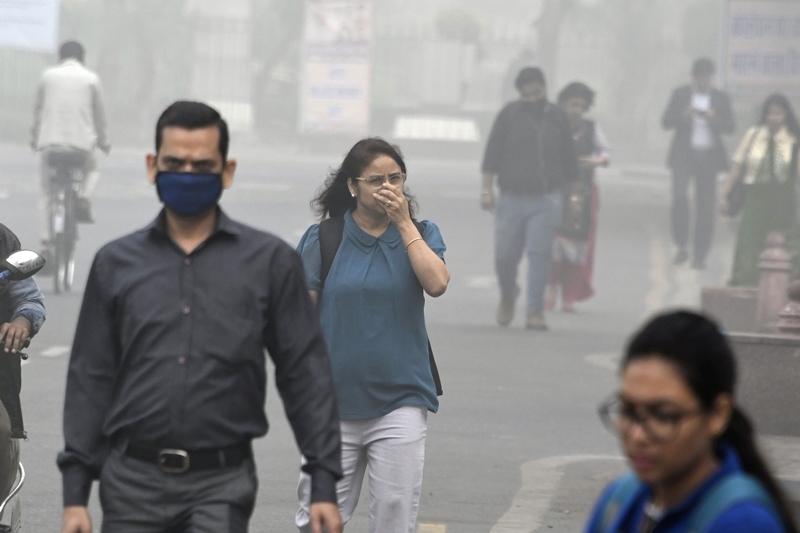 The Supreme Court on Monday asked states in the National Capital Region, Uttar Pradesh, Haryana and Punjab to file affidavits showing their compliance with the directions issued by the Commission for 'Air Quality Management in National Capital Region and Adjoining Areas’ for curbing air pollution and said that it might set up an independent task force to ensure compliance, reported Live Law.

A bench headed by Chief Justice N.V. Ramana and comprising Justices D.Y. Chandrachud and Surya Kant said: "We'll ask each state to respond, what directions they've implemented. Otherwise we'll be forced to create an independent task force. has to be implementation. If they won't implement, creating task force is the only way."

The top court emphasised that directions have been issued and the authorities hope that all will be good. "But, on the ground the result is zero," noted the bench.

The Supreme Court directed state governments -- Delhi, Haryana, Uttar Pradesh, Punjab and Haryana -- to comply with the directions issued by the Commission for Air Quality Management in Delhi-NCR and sought compliance reports from them. Next hearing will be on Thursday.

Senior advocate Vikas Singh, representing the petitioner minor Aditya Dubey, contended that the ongoing construction activity in connection with the Central Vista project is also adding to the air pollution in Delhi and urged the court to issue directions to stop it. The bench asked Mehta to file an affidavit to explain what steps the government has taken to curb air pollution in the areas which fall under the central government in Delhi.

The bench queried Mehta, what is the commission, created for monitoring air quality index in NCR region, doing? "It is just passing on the directions (issued by the top court) to the states."

The bench further queried Mehta about the steps being taken by the state governments to implement the directions. "Tell us which states are not complying with the directions. We will seek explanation," said the bench.

The bench said it needs strict compliance of the measures issued by the Centre, the top court, and the air quality management commission. The top court asked the state governments to explain the measures they have taken in connection with the menace of air pollution and scheduled the matter for further hearing on Thursday.