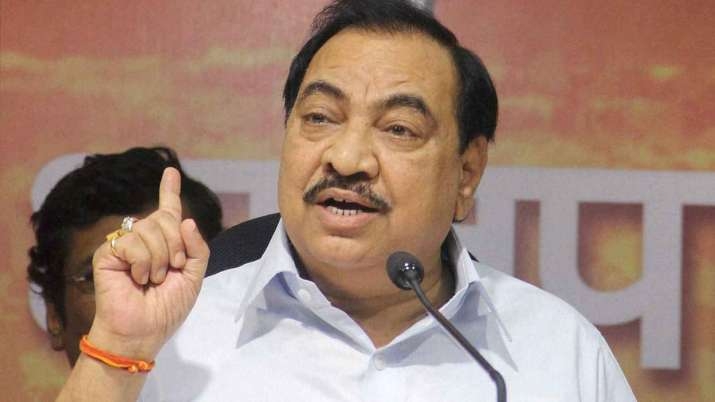 In a relief for NCP leader Eknath Khadse, the Bombay High Court on Thursday granted him interim protection for a week from arrest in an alleged money laundering case pertaining to the 2016 Pune land deal matter.

The HC was hearing an application filed by Khadse seeking pre-arrest bail in the case.

Seeking pre-arrest bail, Khadse’s counsel Shirish Gupte argued that the chargesheet has already been filed in the case and the NCP leader was never arrested during the investigation.

The Enforcement Directorate (ED) had filed its chargesheet in the case earlier this month. The special court, while taking cognisance of the case had summoned Khadse to appear before it.

Additional Solicitor General Anil Singh, appearing for ED, told the HC that Khadse will have to approach the special court for regular bail.

Granting interim relief, the HC said, “The applicant (Khadse) shall file regular bail or seek interim bail before the special court in one week from today. The special court shall not take the applicant in custody for one week and shall decide the bail plea expeditiously.”

Along with Khadse, his wife Mandakini and son-in-law Girish Chaudhary have been named as accused in the case. Chaudhary was arrested in the case and is presently in judicial custody.

According to the ED, in 2016, Khadse and Chaudhary purchased government land in Bhosari near Pune for Rs 3.75 crore when its actual cost was Rs 31.01 crore.

The investigating agency has alleged that Khadse misused his official position as state Minister of Revenue at the time to facilitate the transaction.

Following the controversy over land purchase, Khadse resigned in June 2016. Khadse had joined NCP in October 2020 after quitting BJP.