Fatima, along with several others, have been booked under the anti-terror law -- Unlawful Activities (Prevention) Act (UAPA) -- in the case for allegedly being the "masterminds" of the February 2020 riots

New Delhi: The Delhi High Court on Wednesday sought response of the city police on a plea by student activist Gulfisha Fatima in a case concerning the larger conspiracy behind the riots here in February 2020.

A bench of Justices Siddharth Mridul and Rajnish Bhatnagar issued notice to the police on the petition challenging a trial court's order dismissing the bail plea of Fatima in the case.

The bench listed the matter for further hearing on July 14, and said "we have to go through the allegations levelled against you (fatima)".

The counsel appearing for the activist sought bail, saying she has been in custody for the last over two years.

Fatima has challenged the trial court's March 16 order by which her bail plea was dismissed.

Besides her, the trial court had also rejected the bail application on another co-accused Tasleem Ahmed.

Fatima and Ahmed, along with several others, have been booked under the anti-terror law -- Unlawful Activities (Prevention) Act (UAPA) -- in the case for allegedly being the "masterminds" of the February 2020 riots, which had left 53 people dead and over 700 injured.

The violence had erupted during the protests against the Citizenship (Amendment) Act (CAA), 2019, and the National Register of Citizens (NRC).

On March 14, the trial court had granted bail to former Congress Councillor Ishrat Jahan in the case and noted that the charge sheet alleged the existence of a "premediated conspiracy", which involved various groups and individuals, to have "disrupted chakka-jam" and a "pre-planned protest at 23 sites" in order to incite violence and that the alleged acts by the accused persons were covered by the definition of "terrorist act" under the UAPA.

It, however, had said that the alleged role of Ishrat Jahan, on a prima facie consideration, persuaded it to allow her application in spite of the embargoes contained in the law.

In June last year, the Delhi High Court had granted bail to Asif Iqbal Tanha, Natasha Narwal, and Devangana Kalita in the case, observing that "in an anxiety to suppress dissent, the state has blurred the line between the right to protest and terrorist activity" and if such a mindset gains traction, it would be a "sad day for democracy". 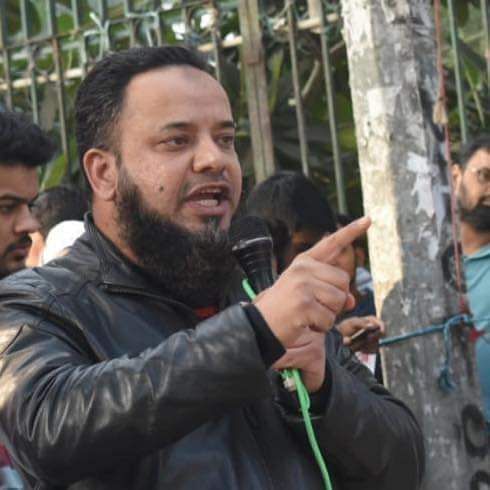