Delhi Police Special Cell had arrested Singh, a driver, in 2007 as a part of its investigation into the 2005 Satyam Cinema and Liberty Cinema bomb blasts and had claimed that the accused was trying to revive militancy in Punjab

New Delhi: A Delhi court has acquitted a man accused of being a member of alleged terror organisation Babbar Khalsa International in case related to 2005 Satyam Cinema and Liberty Cinema bomb blasts, saying police miserably failed to prove the case beyond the shadow of doubt.

Additional Sessions Judge Dharmender said that though the prosecution had ascribed meaning to general words like 'plot', 'khet', 'fasal', 'paani', etc, in his telephonic conversation, "the possibility of any enthusiastic police officer misinterpreting plain and simple words on account of suspicion and overzealous approach cannot be ruled out".

"I am of the considered opinion that shadow of doubt appears upon the prosecution version and the evidence available on record is not of sterling quality to hold accused Trilochan Singh liable for the commission of offence punishable under section 18 (conspiracy for terrorist acts) and 20 (membership of terrorist organisation) of UAPA and under section of Arms Act," the judge said.

The court also said that the police "miserably failed" to prove that the accused was a member of Babbar Khalsa International.

Delhi Police Special Cell had arrested Singh, a driver, in 2007 as a part of its investigation into the 2005 Satyam Cinema and Liberty Cinema bomb blasts and had claimed that the accused was trying to revive militancy in Punjab.

The court also said that Trilochan could not be held guilty for commission of offence under section 18 (conspiracy for terrorist acts) of UAPA merely because the other accused had pleaded guilty and had been convicted.

"The case of the accused is required to be judged independently on its own merits and he cannot be convicted simply because the other co-­accused persons have pleaded guilty," the Judge said.

According to police, nine persons were accused, out of which eight pleaded guilty.

Trilochan decided to contest his case filed under sections 121A (conspiracy to commit offences or to overawe the state, by means of criminal force or its), 120B (punishment of criminal conspiracy), as well as sections of the UAPA Act and the Arms Act, the police said.

Police had relied on telephonic conversations between a convict, Baljeet Singh, and Trilochan.

It had claimed that the accused knew that they were under surveillance and for this reason were speaking in coded words.

The court said there must be some credible material available on record justifying the meaning ascribed to plain and general words by the prosecution.

The police had registered the FIR alleging that the accused persons were connected to one Babbar Khalsa International, alleged to be a terror outfit based in Germany.

It was alleged that Babbar Khalsa International had negotiated with militant outfit Lashkar-e-Taiba, and conspired to overawe the Indian government.

Police had claimed that Trilochan was in touch with Babbar Khalsa International outfit member Baljeet Singh, who planned to kill a Sikh religious leader, Baba Pyara Singh Panihari Wala, and some others and to revive militancy in Punjab. 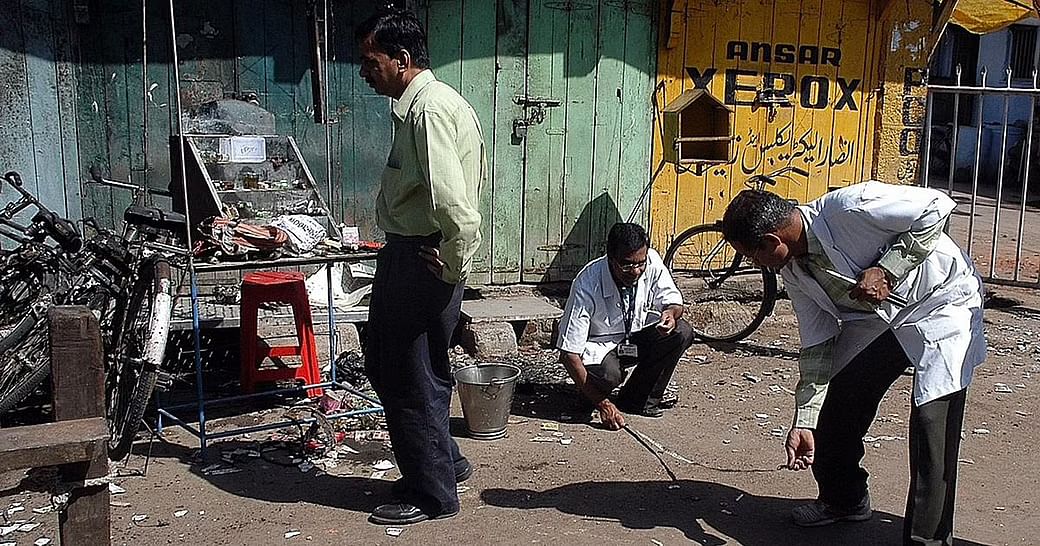